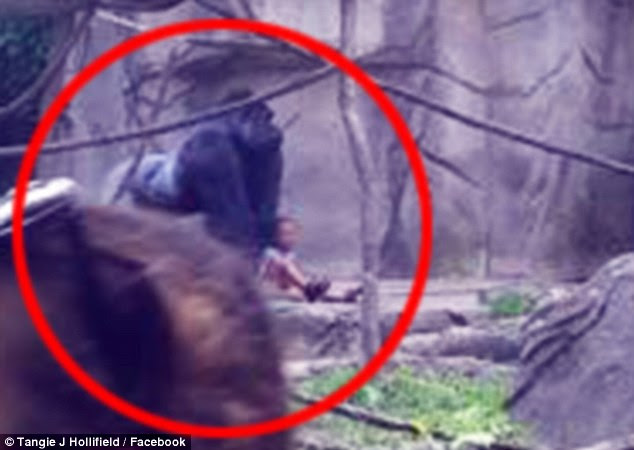 RIP Harambe: Fury at 'neglectful' parents of boy who ASKED to play in gorilla's pen before crawling in - forcing zoo to shoot silverback dead while it 'protected' the child

A 400-pound gorilla named Harambe who was shot dead by Cincinnati Zoo officials just one day after his 17th birthday has sparked an outcry of emotion as mourners called it a 'senseless death'. Many are placing the blame squarely on the parents of a four-year-old boy, who investigators believe crawled through a railing barrier and fell into the gorilla exhibit's moat before he was dragged by Harambe in the water for about 10 minutes. The small child said he wanted to get in the water before the incident, to which the mother, who was also watching several other children, replied: 'No, you're not, no, you're not,' according to one witness Kim O'Connor. The zoo's animal response team assessed the 'life-threatening situation' and defended their decision to shoot Harambe rather than tranquilize him, but thousands took to social media to call it a 'murder'. Daily Mail Read More>>>>>>

Another rocker/DJ dead by means of AeA.
NEWS ACCOUNT World-famous DJ Avicii has died at the age of 28.  The body of the Swedish-born producer, who is known for his EDM hits Wake Me Up,  Levels and Hey Brother, was found in Oman on Friday, a publicist confirmed.  The cause of Avicii's death is not yet known.   Avicii, born Tim Bergling, quit touring in 2016 due to battles with his health, suffering from acute pancreatitis and had to have his gallbladder and appendix removed in 2014.  In the past, the DJ struggled with addiction and was hospitalised twice for alcohol related issues.   The musician was seen just days ago while posing with fans at the luxury Muscat Hills Resort, which could be some of the last photos of him alive. The DJ's publicist said in a statement: 'It is with profound sorrow that we announce the loss of Tim Bergling, also known as Avicii.  'He was found dead in Muscat, Oman this Friday afternoon local time, April 20th.  'The family is devastated… 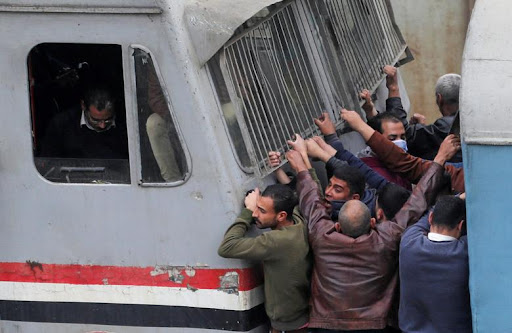 The Crowded Metro Train In Cairo City During Coronavirus Outbreak