JEWS To Make $100 Million Off Of Painting Stolen From Roman Catholic Church! Da Vinci Portrait Of Jesus As “Salvator Mundi” 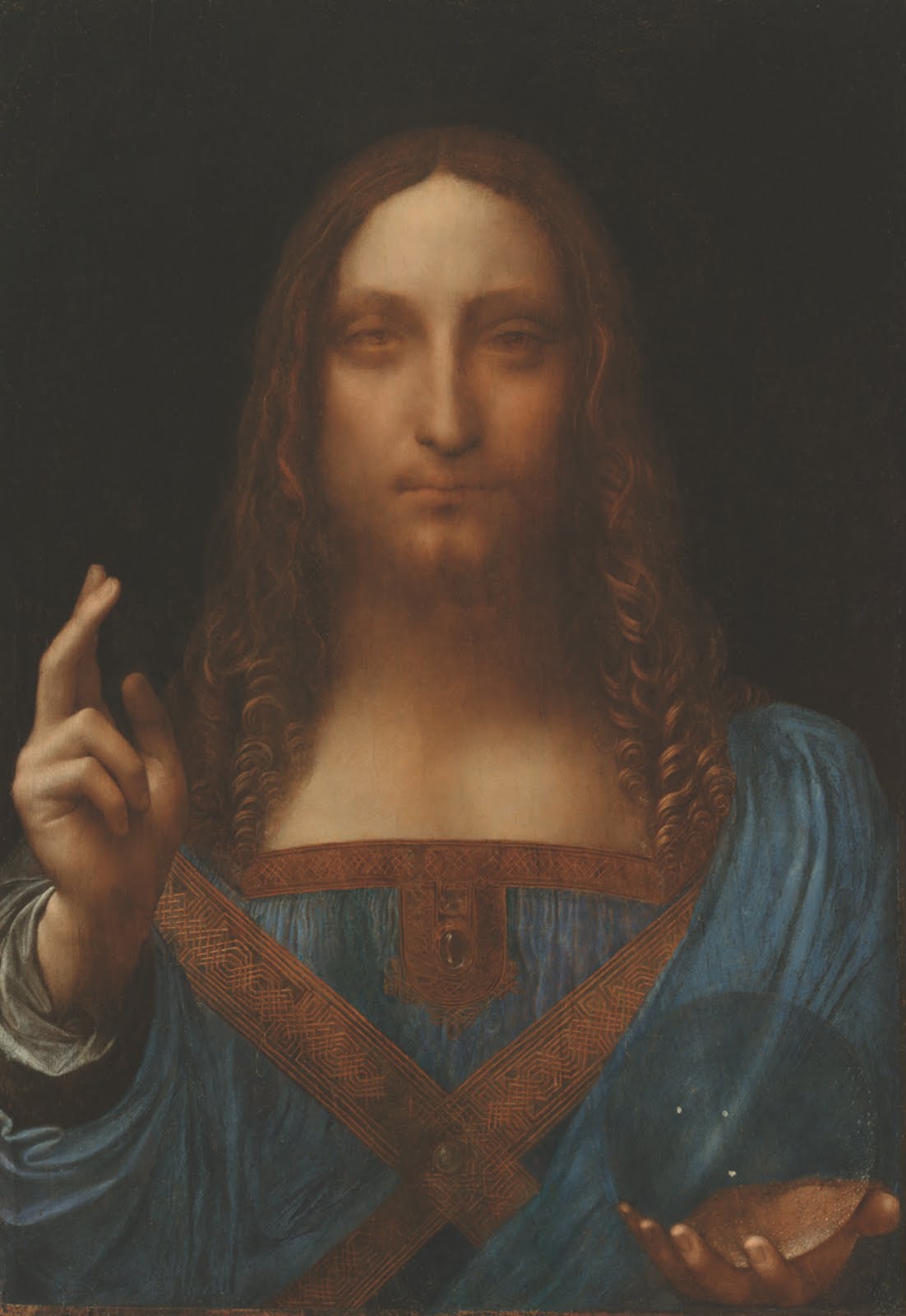 Why is it that Jews who hate Jesus Christ are always profiting off of His Image?

What need do JEWS have for a Portrait of Jesus Christ - the Second Person of the Trinity?

What nasty vermin these blaspheming Jews are...

The last painting by Leonardo da Vinci in private hands will be sold at auction next month, Christie’s announced. With a pre-sale estimate of $100 million, Da Vinci’s depiction of Jesus, entitled “Salvator Mundi” (Savior of the World) was until recently considered lost or destroyed. “This is truly the Holy Grail of art rediscoveries,” said Alan Wintermute, Christie’s senior specialist for Old Master paintings, told CNBC. The painting was found after its owner, whose family had purchased it at an auction for £45 in 1958, brought it to New York art dealer Robert Simon in 2005. Source

Real story is - is what Roman Catholic Church did these blaspheming JEWS steal the painting from?

Where and when did the blaspheming JEWS steal the painting from Roman Catholics?

Maybe the fat and bloated perv JEW Weinstein can buy it so he can curse at the image every morning...cause sure as hell Weinstein can't add any more blasphemies against the Blessed Trinity to his movie scripts cause he won't be making any!