Chinaman Is Food For Tigers! I Thought Asians Have Superior Intelligence? 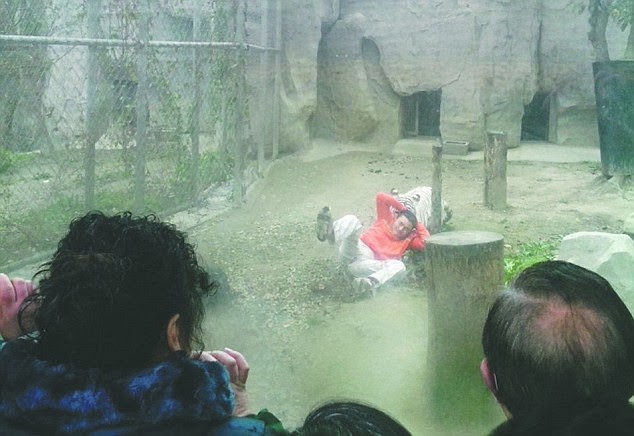 Chinese zoo keepers managed to save the life of a mentally disturbed man after he announced he wanted to improve the lives of caged tigers at a local zoo by offering them his own body to eat. Yang Jinhai, 27, had posted several online messages about how optimistic he was about starting a new life after getting a job as a security guard in Chengdu in southwest China's Sichuan province. But he quickly found the job boring and monotonous and moved instead to a job in a printing factory where he also then resigned, saying that he felt there was more to life. Daily Mail Read More>>>>
at February 17, 2014 No comments:

Facebook Got Him Killed! David Strohm Jr. Last Selfie From A Tree When Electrocuted

A California man is dead after authorities say he accidentally came in contact with power lines while trying to take photos of the sunset to post on Facebook. Family members of 27-year-old David Strohm Jr. spent hours searching for him Saturday night after he'd posted a photos on Facebook of the sunset about 6 p.m. When he failed to return home, his friends and family frantically called his cell phone and went door-to-door looking for him. Early Sunday, the family continued the search, which is when they found his cell phone on the grass underneath a tree he frequently climbed. About 8:40 p.m. they saw his body perched in the tree and resting against the power lines. Daily Mail Read More>>>>
at February 10, 2014 No comments: 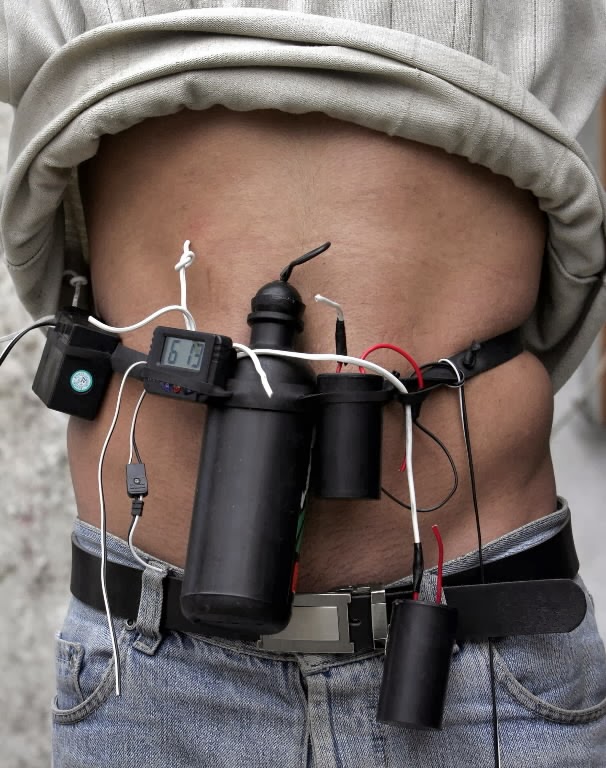 BAGHDAD — A group of Sunni militants attending a suicide bombing training class at a camp north of Baghdad were killed on Monday when their commander unwittingly conducted a demonstration with a belt that was packed with explosives, army and police officials said. The militants belonged to a group known as the Islamic State of Iraq and Syria, or ISIS, which is fighting the Shiite-dominated army of the Iraqi government, mostly in Anbar Province. But they are also linked to bomb attacks elsewhere and other fighting that has thrown Iraq deeper into sectarian violence. Twenty-two ISIS members were killed, and 15 were wounded, in the explosion at the camp, which is in a farming area in the northeastern province of Samara, according to the police and army officials. Stores of other explosive devices and heavy weapons were also kept there, the officials said. Eight militants were arrested when they tried to escape, the officials said. The militant who was conducting the training was not identified by name, but he was described by an Iraqi Army officer as a prolific recruiter who was “able to kill the bad guys for once.” New York Times Read More>>>>>

A gambler who spent his day playing the slot machines at the Resorts World Casino in Queens leaped head-first to his death from atop an escalator inside the Aqueduct casino Friday, cops and police sources said. Sayed Alam, 39, was up by about $1,200 on the machine when he took the 30-foot fatal plunge just before 6 p.m., a police source said. “He was not in the hole,” the source added. “Actually, he was up.” A horrified witness dialed 911 and reported that Alam had leaped from the top of the escalator, a police source said. Emergency responders found him face down. He suffered severe head trauma and was rushed to Jamaica Hospital, where he died about an hour later. NewYorkPost 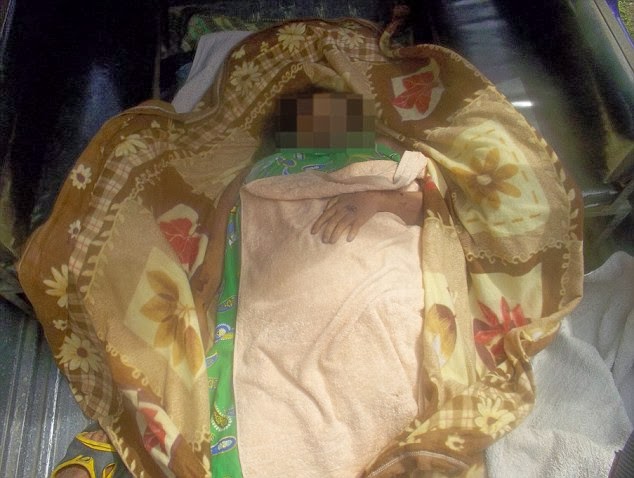 This what you get when Roman Catholics leave the faith and become Muslims - ritualistic murder of parents. The three Muslim brothers claim that they were ridding the mother of demons. I am surprised that Daily Mail admits that the cannibals are Muslims! Kudos to Daily Mail!


Three brothers butchered their mother before eating her organs in a ritual killing, police have said. Neighbours reported hearing strange noises coming from the family home for days before the body of Musala Amil, 56, was found in Ampatuan, Philippines. Police discovered the badly mutilated body with several parts missing, drained of blood.The sons ate parts of their mother raw, investigators said. Brothers Dante, 35, Paroy, 21, and the youngest Ibrahim, 18, all deny killing their mother. They said they had been trying to drive away an illness they believed was brought on by a bad spirit. Officials investigating events leading to the gory discovery said the ritual killing happened last Wednesday. Police are looking into reports the family had a history of mental disorders but are not ruling out the role of drug abuse in the killing. Senior Inspector Ronald De Leon, Ampatuan Chief of Police, said the suspects will undergo drug tests. The three men are of the Moro indigenous ethnic Muslim race. Daily Mail

A couple have died from carbon monoxide poisoning after being overcome by the fumes while having sex in a car with the engine running. Keith Payton and Salina Johnson, both 40, of Pennsylvania, were already dead when emergency services found them inside the vehicle in a garage. The ignition was still on but the car had run out of fuel. Extremely high levels of carbon monoxide were detected. Police believe the couple had pulled over for sex because Ms Johnson was partially clothed when they were found, The Patriot News reported.Marijuana and drug paraphernalia were found in the car, according to Old Lycoming Township police. Daily Mail Read More>>>>
at February 03, 2014 No comments:

One Reason Women Should Not Be Allowed To Wear The Hijab Or Any Muslim Garb In Public! Hijab Became Trapped In Escalator And Strangled Muslim Woman!

The Quebec coroner's office is conducting an autopsy on Naima Rharouity, a 47-year-old mother of two who was killed after a piece of clothing she was wearing became caught in an escalator at a Montreal train station. Rharouity was at Fabre metro Thursday morning when the accident happened. It appears that she was traveling down an escalator when she fell. An item of clothing became stuck in the mechanism and tightened around her neck, strangling her. Rharouity was the mother of two young boys aged eight and five. Her family called the death a 'horrific accident.' According to CTV, her husband had just left for Morocco to make arrangements after his mother died. The coroner's office is seeking to determine what led to Rharouity's death. She was wearing a hijab at the time of her death, but it is unclear which item of her clothing became stuck. Daily Mail Read More>>>>
at February 01, 2014 No comments: