Rub A Dub Three SODOMITES In Manhattan's Ritz Plaza High Rise Threw The Third SODOMITE Off The 33rd Floor Balcony To His Death! 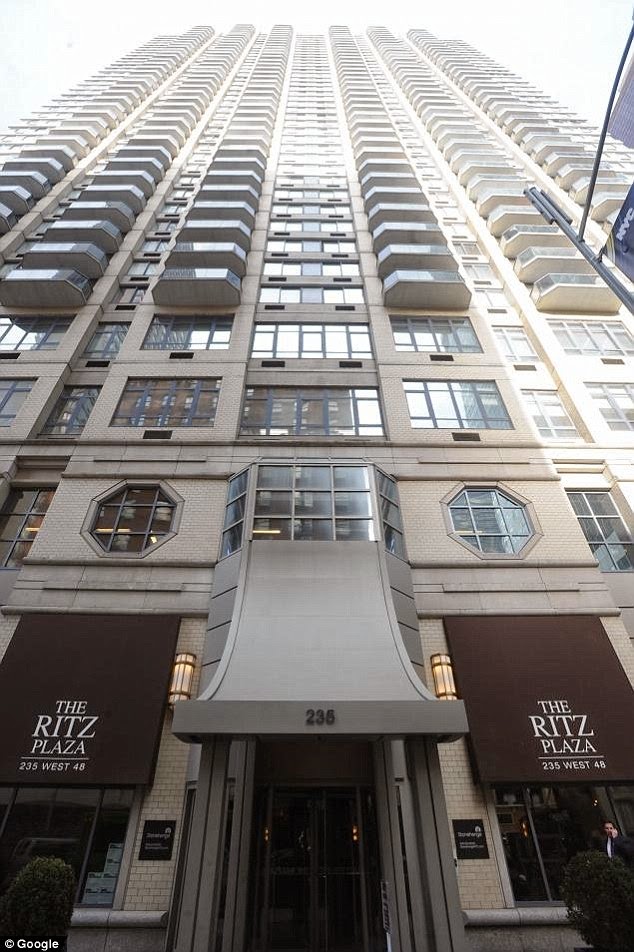 A 32-year-old man who leaped to his death from a Manhattan building on Saturday may have been having an argument with his two lovers moments before he fell, according to reports. The victim, who has not been identified, fell from a 33rd-floor balcony of the Ritz Plaza on West 48th Street near Eighth Avenue about 8.45am. He plunged 29 floors and landed on a fourth-floor balcony. One witness told The New York Post the man had been arguing with two other men - believed to be a couple - at the time. 'It was a man yelling and (another) guy was holding him back,' the witness, who was on a balcony two floors above, told The Post. 'All I heard was yelling, and then he went down and we heard a ''boom''. Daily Mail Read More>>>>>>>>