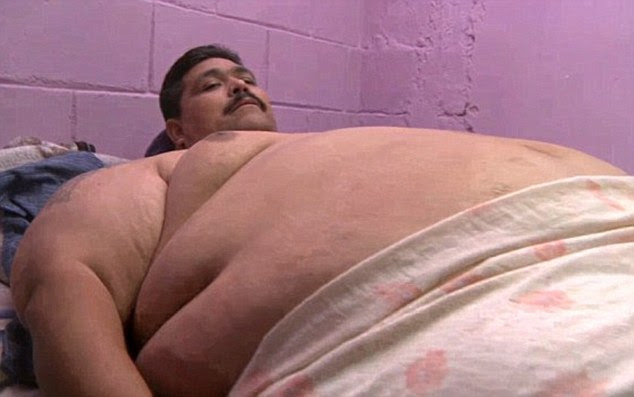 Food for worms - worms are gonna have a feast:

The world's most obese man has died from a heart attack at the age of 38. Andres Moreno, who weighed 980lbs at his heaviest, passed away on the morning of Christmas Day while he was being rushed to hospital from his home in Ciudad Obregón in Sonora, Mexico. He suffered a fatal heart attack in the ambulance and could not be revived, his publicist said. 'Andres died at 8.30am on Christmas Day in an ambulance from a heart attack as he was taken from his house to San Jose Hospital,' publicist Carmen Palacios said in a statement today. Daily Mail Read More>>>>