Wow! Post Malone is about fulfill the Planes Trains And Automobile DOOM! 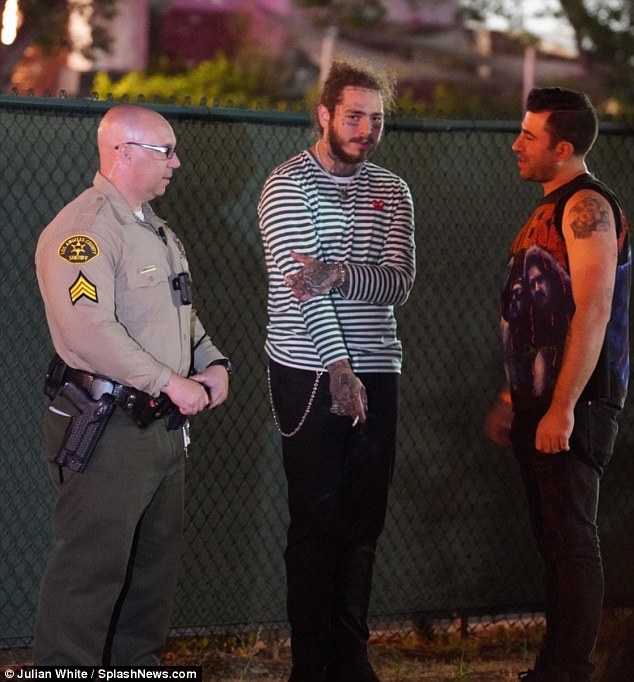 He survived a near-death experience just weeks ago when the tyres on his private jet blew up. And Post Malone, 23, was involved in a car crash in the early hours on Friday morning while in West Hollywood, which saw his $323k Rolls Royce Wraith written off. The rapper, real name, Austin Richard Post, was pictured by the side of the road looking concerned as he spoke to police officers, while his vehicle was towed away.Acknowledging the close proximity of the plane incident and the car crash, the musician took to Twitter soon after and wrote: 'God must hate me lol.' According to NBC Los Angeles, Beverly Hills police responded to a traffic crash on Doheny Dr and Santa Monica Blvd at approximately 2:42 a.m. They report: 'Authorities found a white Rolls Royce Wraith which crashed through a fence as well as a Kia blocking the roadway. Source