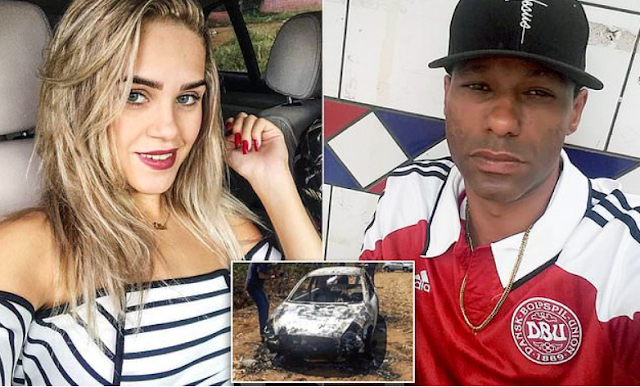 God will allow the old serpent to cause divisions among those who reign in every society and in every family. Physical and moral agonies will be suffered. God will abandon mankind to itself and will send punishments which will follow one after the other for more than thirty-five years. Our Lady of La Salette 19 Sept. 1846 (Published by Mélanie 1879)
“The true faith to the Lord having been forgotten, each individual will want to be on his own and be superior to people of same identity, they will abolish civil rights as well as ecclesiastical, all order and all justice would be trampled underfoot and only homicides, hate, jealousy, lies and dissension would be seen without love for country or family.Our Lady of La Salette 19 Sept. 1846 (Published by Mélanie 1879)
Brazilian man, 19, is arrested after trapping his pregnant mistress, 24, inside a car and burning her alive - with the help of his wife - after she refused to have an abortion
A 19-year-old Brazilian man has been arrested for tying up his pregnant mistress and her friend and burning them alive in a car with the help of four other people - including his wife. Ellen Priscila Ferreira, 24, was just four months pregnant and expecting the baby of one of the suspects when she and her friend Ely Carlos dos Santos, 39, were killed in the town of Coroados on October 17. According to Brazilian news outlet G1, the 19-year-old suspect and his pregnant 36-year-old wife confessed to the Civil Police following their arrest last Thursday. The couple said they had orchestrated the gruesome crime after Ferreira refused to have an abortion. Paulo de Tarso, who is leading the investigation, said he had never been assigned to a crime of that magnitude in his 30 years on the police force. 'Ellen was pregnant with the man who killed her. He is married, but had a relationship with Ellen,' de Tarso said. 'The suspect's wife was also pregnant. They both wanted Ellen to take the child away, but she did not accept it.' Authorities also apprehended two other men, aged 35 and 38, both of whom denied their involvement in the crime. Source 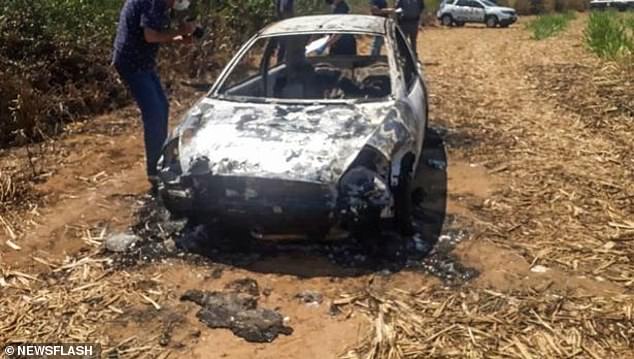