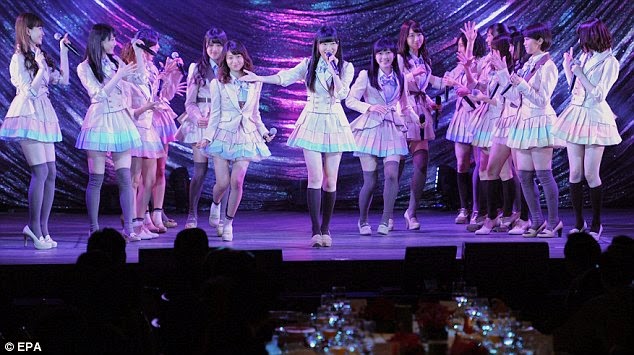 Two teenagers of a female-led Japanese dance group have been attacked in front of fans by a man wielding a large saw. The 24-year-old was arrested by police on Sunday, about 1pm, after he evaded a large contingent of security who were patting down people and checking bags on entry to the AKB48 concert. It was being staged at a convention centre, in front of about 100 fans in the north eastern Japanese city of Takizawa. The attacker has been identified as Satoru Umeta. Daily Mail Read More>>>>