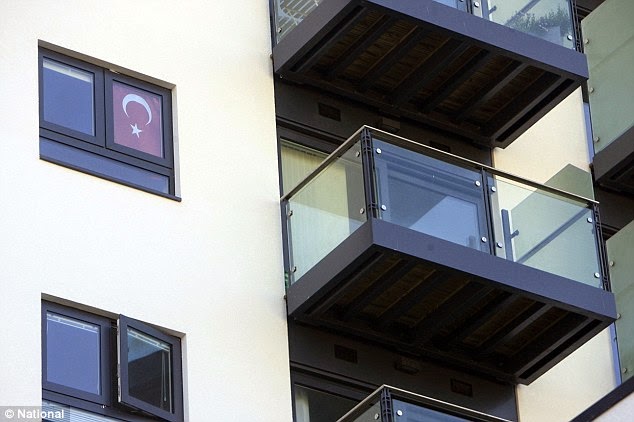 
Two teenagers fell to their deaths from a balcony yesterday as they cuddled at a party to mark the end of their exams. Anastasia Tutik, a 19-year-old Russian, and a Mexican known only as Miguel, 18, were in a clinch when they lost their balance. The drop of more than 60ft from the sixth floor killed them instantly. They were celebrating at a luxury apartment block in Deptford, south-east London, with fellow students from Bellerbys College, an international school which charges fees of up to £21,000 a year. Witnesses described hearing a huge bang in the early hours. Samson Oguntayo, 32, who lives in a neighbouring block, said: ‘They were trying to have sex on the balcony. The guy was lifting the girl and putting her on the bannister, he kept on doing it. ‘You could see they were doing some really dangerous stuff. ‘At some point friends must have come outside and they got down and came back inside and then came back out again. They started doing it again. ‘You see people on the balcony doing all sorts of things and I just felt they will probably go back inside. The last thing I expected was to see them falling down. We just screamed.’ Daily Mail Read More>>>>