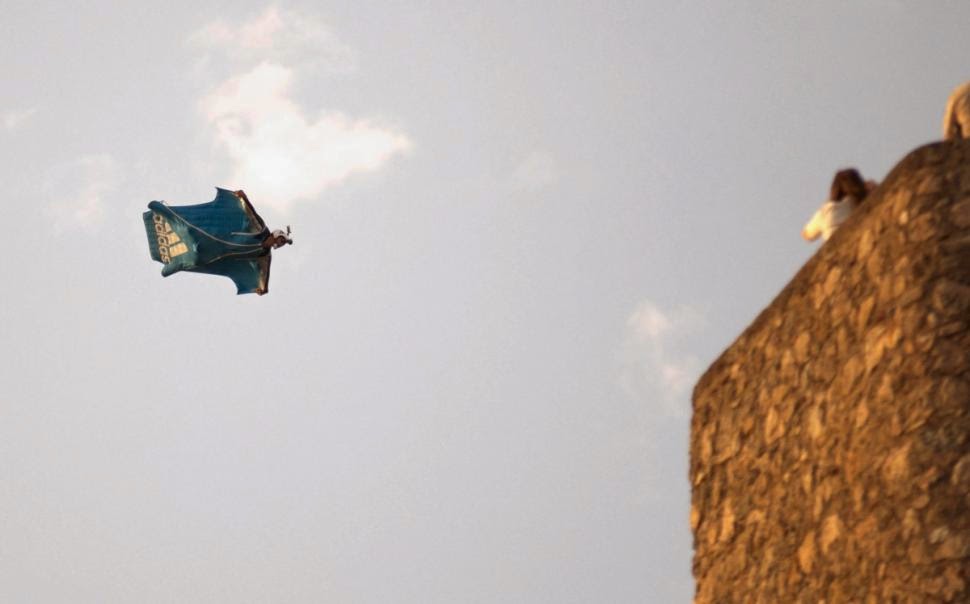 Base Jumping Into A Mountain

A Spanish television chef has died after his parachute failed to open during a base jump. Wearing a wingsuit, Darío Barrio collided into a cliff-face in the Sierra Segura mountain range in Jaén Province, Spain, on Friday during the International Air Festival. Paramedics were called to the scene in the village of Segura de la Sierra near the popular tourist destination of Andalucia, but could not revive him. The final moments of his doomed flight were caught on camera by a crowd member watching nearbyFestival organisers suspended all activities this evening and said they 'deeply regretted' what happened. In a statement, organisers of the event said Barrio was an experienced sky diver and 'deeply regretted' what had happened. Barrio began cooking at the age of 14, and studied in different parts of Spain as well as interning and working at different restaurants. He became well-known to the Spanish public after appearing on the television program 'Todos contra el Chef' (Everyone against the Chef). Daily Mail Read More>>>>>