Near Sighted Chinese Student Zheng Gang Dies While Jacking Off To Dirty Magazine At Sperm Bank!!!! 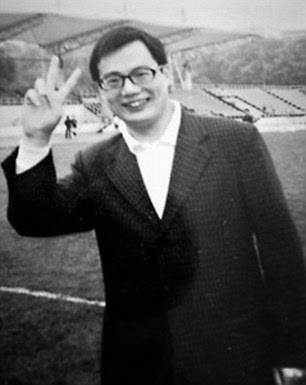 A Chinese medical student died of a heart attack while looking at a 'sexy magazine' in a sperm bank - on his fourth visit to the centre in just over a week. Zheng Gang, 23, was found dead in a private booth of a fertility clinic at Wuhan University after nurses noticed he was spending longer than usual producing his sample. Two hours after he first entered the cubicle, medics broke in to find him lying unconscious on the floor. Despite frantic efforts to resuscitate him where he lay, doctors pronounced him dead at the scene. The tragic death - which happened in February 2012 - only came to light after the young man's family took the sperm bank, in Wuhan city, Hubei province, eastern China, to court saying that they were responsible for his death. Daily Mail Read More>>>>>
at September 12, 2014