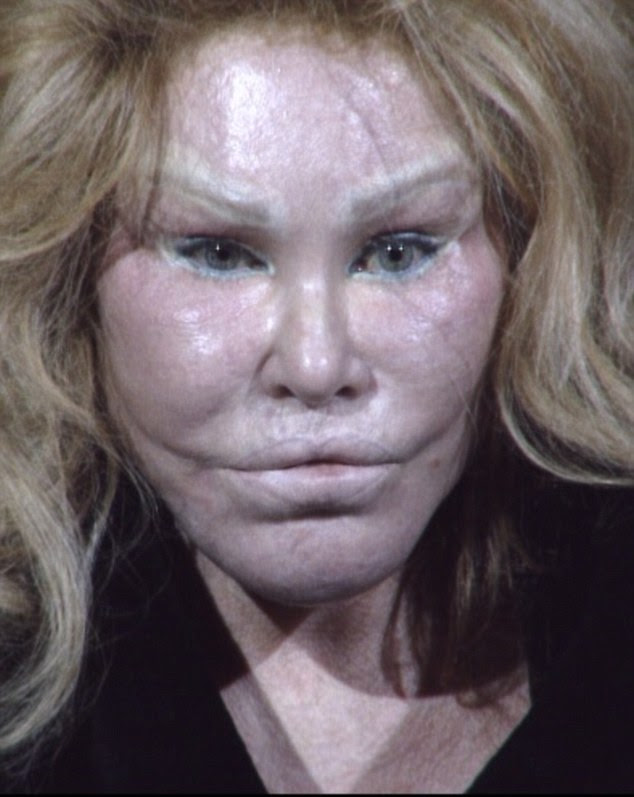 
EXCLUSIVE: ‘Catwoman’ Jocelyn Wildenstein seen in mugshot after she ‘slashed boyfriend with scissors’ and ‘poured hot wax on his face’ during late night brawl

This is the mugshot of the New York City 'catwoman' who is charged with clawing the face of her longtime boyfriend. Jocelyn Wildenstein, 71, is accused of slashing Canadian couturier Lloyd Klein with a pair of scissors and gouging his face with her manicured nails. Klein, 49, was forced to shove the 'Bride of Wildenstein' into a closet to prevent another attack before cops arrived to book her on felony assault charges. DailyMail.com can reveal the Canadian-born fashion mogul fled their ritzy Trump World Tower apartment on Wednesday night before Wildenstein was released, following an appearance before a judge. Daily Mail

Demonic possession does change the face. Her face has been like this for decades. 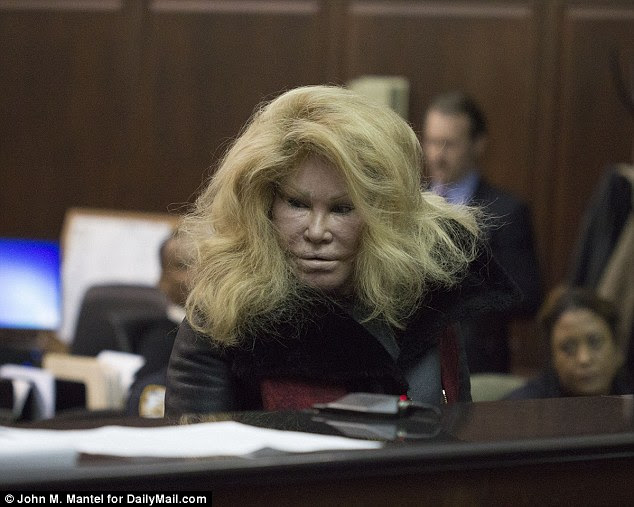