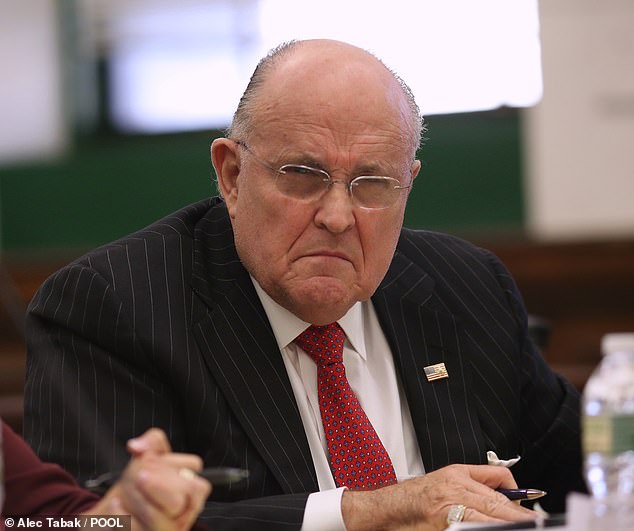 Rudy Giuliani and his estranged wife Judith faced off in a bitter divorce hearing at Manhattan Supreme Court this morning. The court heard how President Trump's lawyer cut off his wife's credit card when she filed for divorce in April, while going on a $900,000 spending spree. Judith's lawyer Bernard Clair said Giuliani spent a total of $286, 532 on Dr Maria Ryan, whom Judith accuses of being his mistress, including $70,000 from his personal checking account. Giuliani also spent $165,000 on travel including limousines, taxis and hotels, $12,000 on cigars and more than that amount on fountain pens, which he collects. Source
at November 07, 2018