Waffle House murder victim was paying for others' meals, handing out cash

GAINESVILLE, Fla. (AP) - Authorities in Florida say a 41-year-old man was fatally shot after he got into an argument with a man at a restaurant. The Alachua County Sheriff's Office says Craig Brewer was shot and killed early Sunday at a Waffle House restaurant in Gainesville, located about four miles from the University of Florida campus. Deputies say that Brewer was paying for some customers' meals and 'passing out' $20 bills to other customers when the shooting happened.A female customer reportedly got into a verbal altercation with Brewer because he did not pay for her meal. “It really does make you wonder,” said Lt. Rhodenizer. “How did it go so bad so fast?” 25-year-old Ezekiel Hicks was said to be at the restaurant with the female involved in the altercation. So, Hicks then also began arguing with Brewer. At one point, Hicks exited the Waffle House on his own and armed himself with a 9mm Glock pistol. Upon re-entering the Waffle House, the arrest report stated that Hicks approached Brewer. They became engaged in a physical altercation, which only lasted a few seconds, as Hicks soon fired multiple rounds into Brewer. Surveillance video captured the shooting. Hicks was arrested near the restaurant. Source 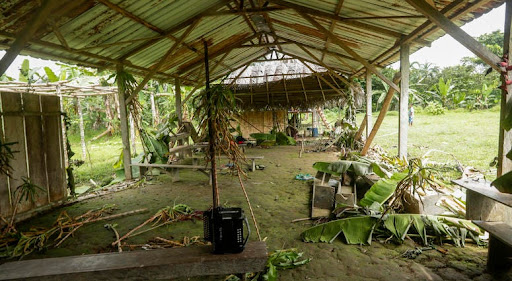 God will allow the old serpent to cause divisions among those who reign in every society and in every family.Our Lady of La Salette 19 Sept. 1846 (Published by Mélanie 1879)
“The true faith to the Lord having been forgotten, each individual will want to be on his own and be superior to people of same identity, they will abolish civil rights as well as ecclesiastical, all order and all justice would be trampled underfoot and only homicides, hate, jealousy, lies and dissension would be seen without love for country or family. Our Lady of La Salette 19 Sept. 1846 (Published by Mélanie 1879)
Blood will flow on all sides. Our Lady of La Salette 19 Sept. 1846 (Published by Mélanie 1879) Cult 'anointed by God' kills 7 in Panama jungle EL TERRON, Panama (AP) — Bibles rest on a wooden altar next to percussion instruments — a guiro and a drum — in the room where a religious sect allegedly forced a pregnant woman and five of her children to walk through fire in this remote hamlet. Th…