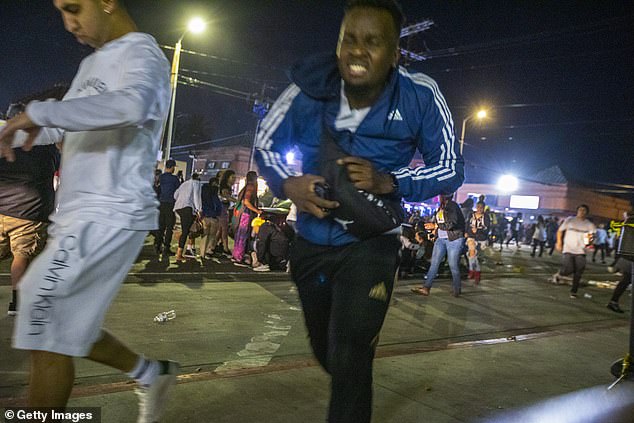 Police are racing to find the known gang member wanted in connection with Nipsey Hussle's murder who is now feared to be the subject of a gang hit. Late on Monday, police named 29-year-old Eric Holder, a known member of the Rollin' 60s gang, as the suspect in Hussle's murder. Police sources say he and the rapper were known to one another and that it was a gang-related killing but they have not revealed further details or suggested a motive but they say it was 'personal' and had not been ordered by gang leaders. A press conference where they will give more details has been scheduled for 11.30am EST. Now, it is being claimed online that he has been 'green lit' by the Crips, the gang to which he belonged and allegedly 'snitched' on, to be killed. There is now a race between the LAPD and the gang's members to find him. Hussle was a hero in southern L.A. where he was trying to legitimize gang members by developing the area and eradicating violence. Source