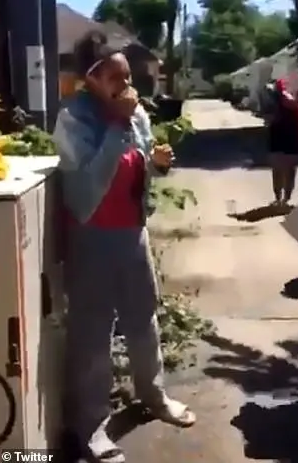 The video, which has been retweeted more than 127,000 times, was forwarded to the Chicago Police Special Victims Unit. A viral video showing multiple people assaulting a girl has caught the attention of Chicago police. The video shared on Twitter Monday evening shows a Facebook recording of several females approaching a girl and hitting her as onlookers laugh. The person who posted the video said the girl has a mental disability. By Tuesday evening, the post had been retweeted more than 127,000 times, and the video had more than 3 million views. Chicago Police spokesman Anthony Guglielmi shared the tweet Tuesday, adding that a criminal investigation has been opened. “This is beyond disturbing to watch and this young girl deserves far better,” he said. “This clip has been forwarded to the #ChicagoPolice Special Victims Unit and a criminal investigation has been opened.” Source