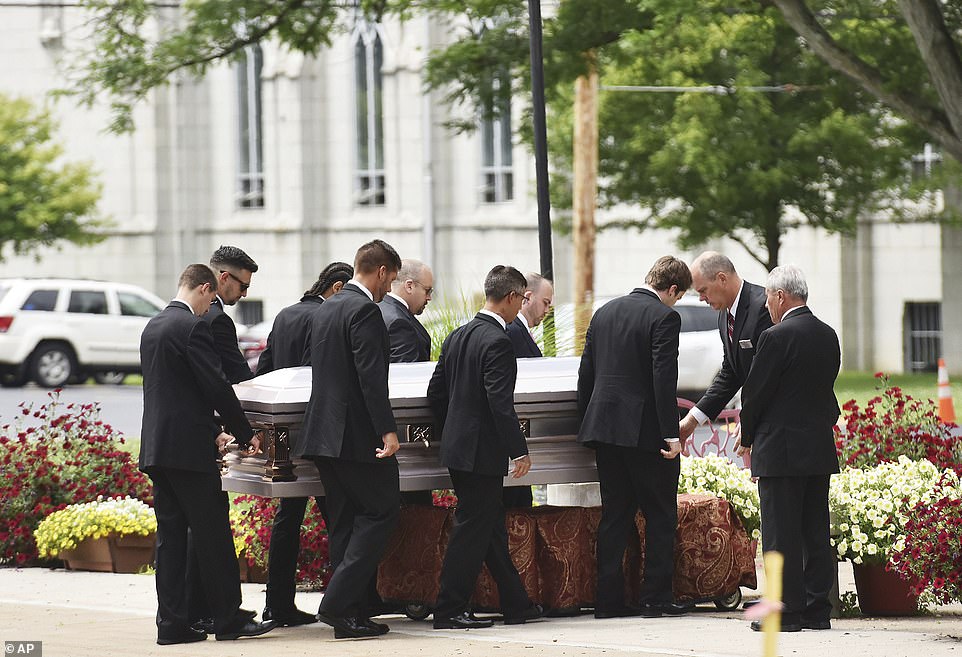 'She lit up every room she walked into': Slain teen influencer Bianca Devins is remembered by friends and family at emotional funeral service in New York

Mourners have gathered to pay emotional tribute to Bianca Davis, the 17-year-old social media star who was murdered. Friends and family paid tribute to the slain teen on Friday at the Church of Our Lady of Lourdes in Utica, New York. 'My sister was a beautiful girl with a beautiful heart and she lit up every room she walked into,' said sister Olivia Devins, before bursting into tears, the New York Post reported.'She may be gone but her heart will remain beautiful.' Bianca, known among her Instagram followers as an e-girl, was murdered on Sunday after getting into an argument with her boyfriend, 21-year-old Devin Clark, who police say slit her throat in a fit of jealousy after she kissed another man at a concert in Queens. The case drew horror nationwide after Clark, who tried to slice his own throat as police arrived on the scene, posted photos of Bianca's body on Instagram. Source