Andrew Marnell Charged With Lying To Get $9 Million In COVID-19 Relief Loans, Blowing Money In Vegas 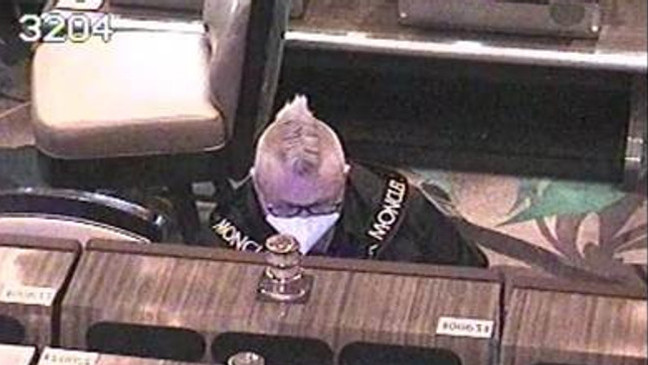 A Beverly Grove man was arrested Thursday morning to face federal charges alleging he used fraud to secure some $9 million in loans meant to help keep small businesses afloat during the pandemic, then squandered some of the money in Las Vegas, officials said.

The amount of relief money 40-year-old Andrew Marnell is accused of fraudulently obtaining may rise as the investigation continues, as authorities have already discovered the scheme ran deeper than they initially thought, the U.S. Attorney’s Office in Los Angeles said in a news release.

Officials say he applied for loans from various banks on behalf of multiple companies after the $659 billion Paycheck Protection Program launched in April. The taxpayer-backed initiative is part of the CARES Act relief package and meant to fund job retention at small businesses.

The applications Marnell submitted allegedly included many false and misleading statements about the operations and expenses of the companies he applied on behalf of. The defendant also used fake names and documents to support the claims, authorities said.

When he secured the funding, Marnell allegedly transferred millions into his stock trading accounts and made risky market bets. He also blew hundreds of thousands of dollars in Las Vegas, including at the Bellagio, as recently as last week, according to prosecutors.

Marnell could face up to 30 years in prison if convicted on the charges.

The defendant made his initial appearance in a federal courtroom in downtown L.A. Thursday afternoon and was held without bail pending a hearing on Tuesday, officials said. Source
at July 17, 2020