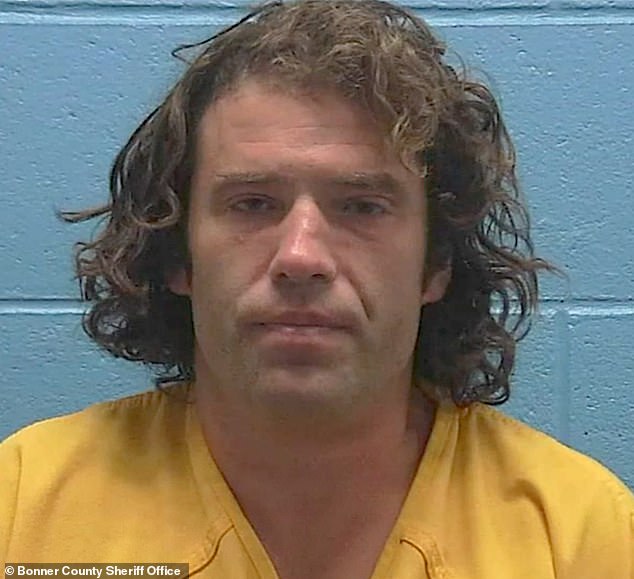 'Cannibal', 39, is charged after Idaho police find microwaved body parts of 70-year-old victim that murder suspect allegedly ate to 'cure his brain'
A deranged Idaho man was charged with cannibalism after he mutilated an elderly victim and microwaved his body parts before feasting on the remains to 'cure his brain,' authorities said. James David Russell, 39, killed and ate the body parts of 70-year-old David Flaget on September 10, according to an amended criminal complaint filed by Bonner County Prosecutor Louis Marshall filed on Wednesday. According to a probable cause affidavit, Russell believed that he could 'heal himself by cutting off portions of (Flaget's) flesh' in order to 'cure his brain.' 'When dealing with death and carnage it's a shock to our conscience,' Bonner County Detective Phillip Stella told the Shoshone News Press on Thursday. 'As far as I know this is the first cannibalism charge in Idaho.' When asked about the relationship between the men, Stella said that the two had several 'runs-ins' prior to Flaget's death in Clark Fork, located about 80 miles south of the Canadian border. Source