Brittany Wilson, 32, Murders Her Boyfriend With A Sword On Christmas Eve. 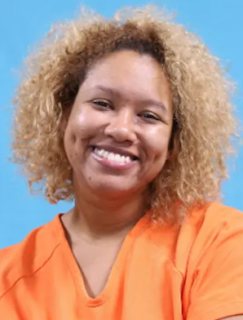 Woman accused of killing boyfriend with sword on Christmas Eve
CAPE GIRARDEAU, Mo. - Police in Missouri arrested 32-year-old Brittany Wilson on Christmas Eve for the stabbing death of her boyfriend. According to a news release, police found Wilson standing outside her boyfriend’s home Friday night at 11:05, covered in blood. KFVS reported officers spotted a sword on the lawn. While authorities questioned Wilson outside, investigators made their way inside to discover the body of a deceased male in the basement. Police said the body had suffered a fresh stab wound. Authorities have not yet identified the victim, waiting for his family to be notified of his death. Police arrested Wilson and transported her to the Cape Girardeau municipal jail. Prosecutors presented the case to Judge Frank E. Miller who issued a warrant on Wilson for first-degree murder and armed criminal action. She’s being held on a $2 million bond. Source
at December 27, 2021