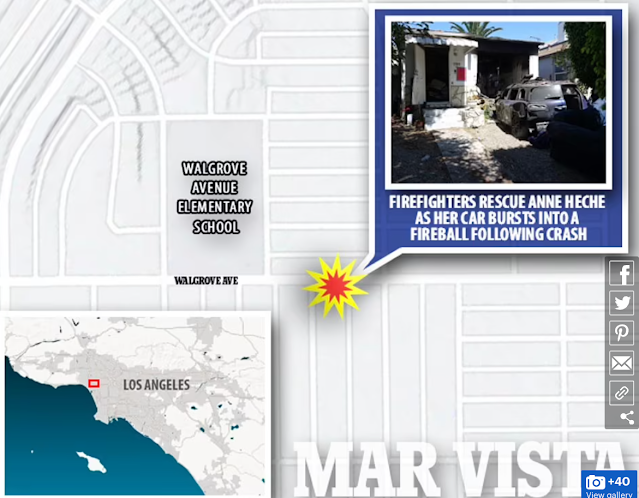 Actress Anne Heche, 53, is intubated in critical condition with serious burns after crashing her Mini into garage, speeding off and smashing into LA apartment block where car exploded: Photographed moments before with 'vodka bottle'
Actress Anne Heche has been intubated in a critical condition after crashing her Mini into a garage before speeding off and smashing it into an apartment block where it exploded. The 53-year-old suffered horrific burns during the collision and was recorded being dragged out of the mangled wreck by firefighters after it burst into flames in LA around 11am. She writhed around on the stretcher before she was bundled into the back of an ambulance and rushed to a nearby intensive care unit. Shocking images also show the burnt out wreckage of her Mini Clubman as it was towed out of a hedge across the road from a school in the Mar Vista area. An earlier shot also shows Heche moments before the second accident at the wheel with a bottle with a red cap plonked in the glove box with what appeared to be a vodka bottle. Video captured by a doorcam shows the vehicle owned by the actress speeding down a Mar Vista street moments before crashing into a home, sparking the blaze. The actress, who dated Ellen Degeneres before they split up, suffered severe burns and has been intubated but is expected to live following the horror crash. Source 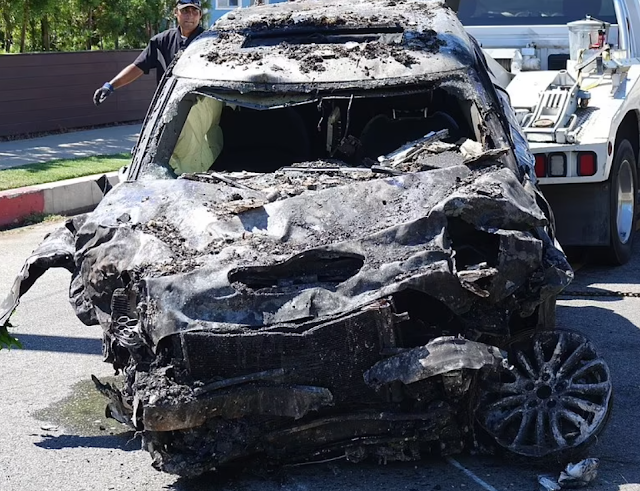