ATHEISTS Robert & Tiffany Williams Of Pennsylvania Were Arrested After Nearly Spending $120,000 Of Stolen Money After A Bank Teller Accidentally Deposited The Wrong Amount Into Their Account 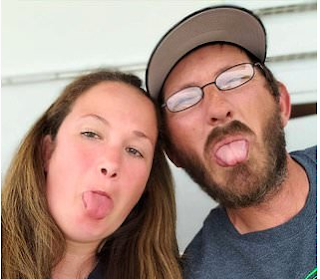 A Pennsylvania couple is accused of theft after going on an illegal shopping spree because a bank teller mistakenly put more than $100,000 in their account. Robert Williams, 36, and Tiffany Williams, 35, reportedly received $120,000 in their bank account after a teller at BB&T accidentally added the money on May 31. Instead of notifying the bank, the Montoursville couple blew through the money in two and half weeks, according to WPEN. Between June 3 and June 19, the couple purchased an SUV, a camper, a car trailer and two four-wheelers. They also reportedly spent the money on bills, car repairs, cash purchases and gave $15,00 to a friend in need. Before the large deposit, the Williamsport Sun-Gazette reports the Williams only had $1,121 in their bank account. BB&T realized the error around June 20 and transferred the funds to the correct recipient, Dimension Covington Investment LLC. By this time the Williams had amassed $107,416 in overdraft fees, according to Williamsport Sun-Gazette. The bank contacted Tiffany, explaining that she and her husband were expected to repay all the funds. Source
at September 09, 2019