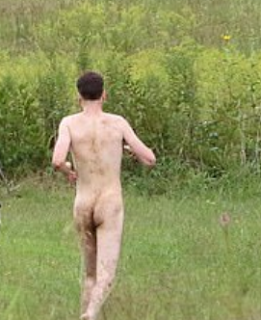 ‘Good Christian boy’ snapped – Domestic triple homicide suspect, Matthew Bernard, reportedly had been struggling with mental illness Matthew, 19, was arrested on Tuesday after leading police on a chase in the nude through rural Pittsylvania, in Virginia on Tuesday He is charged with three counts of first-degree murder after he allegedly murdered his mother, Joan Bernard, 62, his sister Emily Bivens, and his baby nephew, Cullen Bivens  The killer is the younger brother of Emily Bivens, the wife of Tampa Bay Rays pitching prospect Blake Bivens, 24, who is a Double-A pitcher with the Rays for the Montgomery Biscuits The family say the murder suspect is a devout Christian and ‘all-round perfect kid’ was mentally ill Source

So according to the same Evangelicals who attack mock and ridicule the One True Holy Roman Catholic Faith call this Naked Killer is a DEVOUT CHRISTIAN.