Extreme acts of violence in Mexico are on the rise: 27 burned to death at a strip club

MEXICO CITY — The assailants locked the doors and emergency exits. Then they doused the strip club with gasoline and set it on fire. The inferno that engulfed the White Horse bar in southern Mexico on Tuesday night killed 27 people and injured more than a dozen others. Photos taken after the flames were extinguished showed the bodies of semi-nude women strewn amid charred barstools.

The attack, which took place in the Gulf Coast city of Coatzacoalcos, was probably an act of retaliation after the bar owner refused to let a gang sell drugs there, Veracruz Gov. Cuitlahuac Garcia said. The owner was kidnapped before the bar was set ablaze, he said.

The attack came almost eight years to the day after a similar fire at a casino in the northern city of Monterrey killed 52 people, and it raised concerns that Mexico’s criminal groups might be returning to the kind of spectacular acts of violence that characterized earlier periods of insecurity here. Source 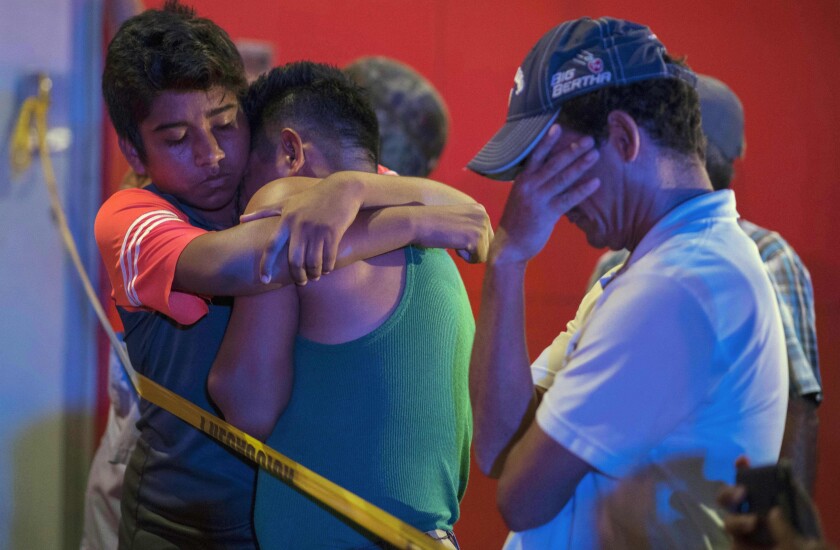