Brittany Smith, 32, Sentenced To 20 Years For Killing Her Accused Rapist 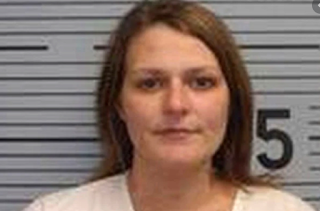 But understand this: there will be terrifying times in the last days.People will be self-centered and lovers of money, proud, haughty, abusive, disobedient to their parents, ungrateful, irreligious, callous, implacable, slanderous, licentious, brutal, hating what is good, traitors, reckless, conceited, lovers of pleasure rather than lovers of God, as they make a pretense of religion but deny its power. Reject them. (2 Timothy 3.1-5)
“The true faith to the Lord having been forgotten, each individual will want to be on his own and be superior to people of same identity, they will abolish civil rights as well as ecclesiastical, all order and all justice would be trampled underfoot and only homicides, hate, jealousy, lies and dissension would be seen without love for country or family. Our Lady of La Salette 19 Sept. 1846 (Published by Mélanie 1879)
Alabama woman sentenced to 20 years for killing her accused rapist
An Alabama woman will spend time behind bars for killing her accused rapist — despite arguing that she acted in self-defense. Brittany Smith, 32, entered a plea deal Friday in the murder of Todd Smith, a friend who she claims strangled and raped her in January 2018 at her home in Stevenson, AL.com reported. Under the deal, Brittany received a 20-year sentence — comprised of 18 months in county jail, 18 months of house arrest, and 18.5 years of probation, the outlet reported. She’ll also receive credit for time served while awaiting trial. “My baby girl doesn’t deserve this,” her mother, Ramona McCallie, told the outlet. Brittany claimed that hours after the rape, her brother came over to confront Todd and the two men fought. She said that she shot Todd as he held her brother in a headlock and threatened to kill them both. Brittany, a mother of four, argued that she should be immune from prosecution under the state’s Stand Your Ground law, but the courts ruled against her, the outlet reported. Her case was set to go to trial next month, and she could’ve faced up to life in prison if convicted. “In any case, you’ve got to weigh what you know and can control with what you can’t,” her attorney Ron Smith told the outlet. “We have no control over a jury or a judge that would sentence her.” Source
at October 14, 2020