Another vicious attack by a black male on a white female...

A 14-year-old North Dakota girl who was skateboarding at a strip mall was killed in a random attack lasting about 20 minutes in which she was choked, beaten and stabbed more than 20 times, according to reports. Daisy “Jupiter” Paulsen was declared brain-dead Tuesday, four days after she was viciously assaulted in Fargo, and her family is working on donating her organs, local news outlet The Forum reported. Her alleged assailant, Arthur Prince Kollie, 23, who was initially charged with attempted murder, robbery and aggravated assault, will now be charged with murder, according to a Cass County prosecutor. Kollie told investigators he used methamphetamine on June 3, the day before the attack, and denied any role in the assault, according to court documents cited by the outlet. he suspect, who was on probation for a 2017 conviction for assaulting a peace officer, said he was walking in the area where the attack took place but insisted he did “not recall” when asked about it. Jupiter was skateboarding from her dad Robert’s house to her mom’s place about 7 a.m. Friday when she was attacked, The Forum reported, citing the father and court documents. The beatdown of about 20 minutes near Party City was caught in part on surveillance video. Source 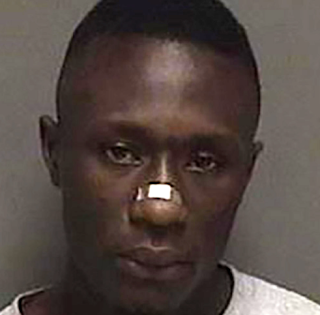