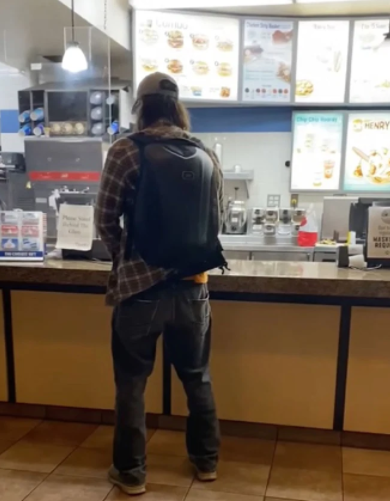 Man Urinates on Dairy Queen Counter in Protest of Mask Policy
A maskless Canadian was so pissed off at Dairy Queen’s face covering policy that he urinated all over the restaurant counter, a Facebook video shows. According to CTV News, the incident occurred around 9 p.m. on Saturday at Dairy Queen in Vancouver Island’s Port Alberni. The disgruntled customer was allegedly already asked to leave the establishment once before he returned. When he came back, workers asked him to cover his face, citing British Columbia (BC) policy. “You do not have a brain…,” he said, before asking the workers to explain themselves. “It’s not a BC policy. BC policy says you have to observe exemptions.” The piddling provocateur proceeded to unzip his pants and defile the DQ service counter near the cash register “as the staff shrieked in horror,” the New York Post reported on Tuesday. “F—ing psychopaths,” he yelled before leaving the restaurant.“This is the first incident of this nature,” RCMP Sgt. Chris Manseau told CTV. “I think people should just wear their masks and be safe and be polite.” The tinkling transgressor has yet to be identified, and police have not made any arrests. Source
at September 02, 2021