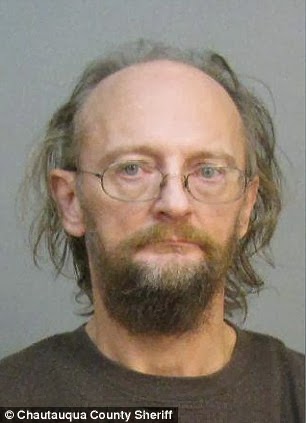 MAYVILLE, N.Y. (WIVB) - A teen-aged mother, her young husband and her father are all accused of helping a 23-month-old boy smoke marijuana. Investigators say at a party where marijuana was being smoked, 17-year-old Jessica Kelsey and her father, 54-year-old Don Baker, lit a bowl and helped the toddler smoke marijuana. Jessica's husband, 18-year-old George Kelsey, was present at the time and observed his step-son smoking marijuana, according to authorities. Undersheriff Charles Holder said, "They packed the marijuana pipe, lit it for the baby and gave it to him and encouraged him to inhale...it's just unbelievable."
at December 16, 2013