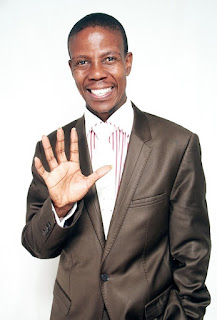 This is a true story. The man is obviously demonic, but he does have a large following in South Africa. The news has not hit main stream media yet:

A South African pastor is making headlines after he asked his church members to mast-bate in church. According to thesoutherndaily.co.za, the gullible church members were told the act of self-pleasure would earn them eternal life and free them from diseases. The charismatic pastor said that the fluids they would release would make the church floor as sacred as heaven. Pastor Edisai Mensah is overheard in a video footage telling the congregants that God had sent his angels to oversee the ungodly act. Church members can be heard in the background moaning in pleasure. Religious leaders have complained and asked authorities to take action against Edisai for misleading Christians in the town of Benoni. His church members, however, came to his defense saying that their pastor does what he is instructed by God. The Informer Read More>>>>>

A South African preacher has been roundly mocked online after reportedly charging followers to view his photos of "heaven." Paseka Motsoeneng, a self-styled prophet, claims a track record of amazing feats. As the leader of the Church of Incredible Happenings, he's says he's healed people during sermons and even once claimed to deliver a fish from the womb of a pregnant woman. But Motsoeneng, popularly known as "Prophet Mboro", may have gone a bit too far with his latest otherworldly boast. A South African news site quoted a church spokesperson on 30 March saying that "the prophet did go to heaven" during an Easter church service and that while there "he took pictures" using his smartphone. Those eager to see photographic proof of the afterlife will have to open their wallets though. Mboro has asked those who wish to view the pictures for a donation of 5,000 rand (about £240 or $340). BBC Read More>>>>