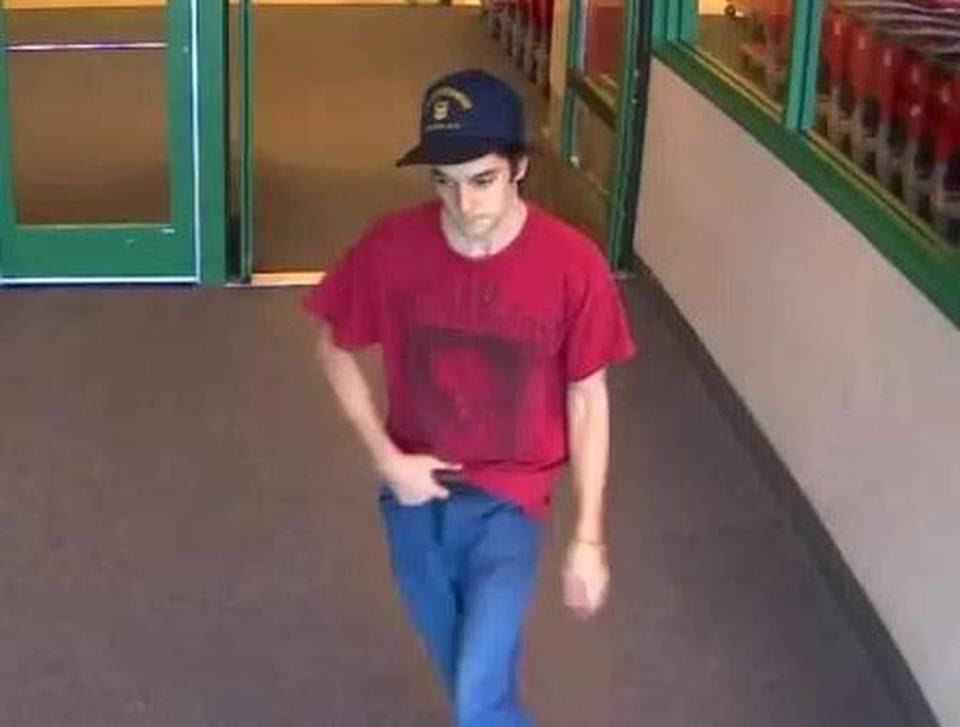 Skinny peeping Tom still at large in Frisco case
FRISCO Police continued their search Thursday for a skinny man accused of pointing his cell phone at a juvenile female as she was changing clothes in a Target fitting room. Officials with Target Corp. also are helping authorities identify the suspect. Authorities released photographs of the unknown man Wednesday in hopes that someone would recognize him. The photographs were taken by surveillance cameras at the Super Target, 3201 Preston Road in Frisco. The incident was reported about 7 p.m. Tuesday at the store. A juvenile female alerted her parent after seeing the suspect peering over a wall of a dressing room, pointing a cell phone at her. Star Telegram Read More>>>>>

Another rocker dead by means of AeA. NEWS ACCOUNT Law enforcement sources tell us the singer hanged himself at a private residence in Palos Verdes Estates in L.A. County. His body was discovered Thursday just before 9 AM. Chester was married with 6 children from 2 wives. The singer struggled with drugs and alcohol for years. He had said in the past he had considered committing suicide because he had been abused as a child by an older male. TMZ Another famous person dies by means of Auto-Erotic Asphyxiation. Grunge rocker Chris Cornell was found dead - police investigation: possible suicide. 18 MAY 2017 Today Linkin Park Singer Chester Bennington killed himself by hanging. - police investigation: possible suicide. 20 JULY 2017 Dead on Chris Cornell's birthday 20 JULY As was with most who die by means of Auto-Erotic Asphyxiation - the body is found with a rope, or a belt around the neck, pants down etc. The police will claim that the death is an apparent su