ARLINGTON HEIGHTS, Ill. (WLS) -- Arlington Heights police said a man attacked another man with a chainsaw in the parking lot of an office park Monday afternoon. Police said the attack happened in the 500-block of Golf Road, and that the attacker and the victim knew each other. Witnesses said the attack was as odd in the moment as it sounds afterward. They said that just after lunch time, they saw a man sitting in a blue car with a chainsaw. When another man in a silver car pulled into the parking lot, the man in the blue car rammed him and then jumped out and began attacking him with the chainsaw. The victim then tried to get away by running into his place of business, witnesses said. Paramedics raced him away on a stretcher, profusely bleeding from the arm. Witnesses said the chainsaw jammed when the attacker went for the victim's leg. Police said the victim sustained a critical but not life-threatening injury and is expected to be okay. Filming on his cell phone throughout the incident, Brandon Biel found out how the scene straight from a horror movie played out just after the lunch hour. "He drove his car into theirs, came out with a chainsaw, got him in the arm and he ran into his workplace," Biel said. Police said that's exactly how it played out. "There's no danger to the public. Or any adjacent businesses here or other employees," said Deputy Chief Andy Whowell, Arlington Heights Police Department. "There was a guy laying down over there in his underwear," said witness Troy Thompson. The barely-clothed man, clad in only his boxer shorts, police said, had been the armed attacker. The half-naked assailant was taken into custody and remains in custody Tuesday night. Police have not commented on any pending or filed charges. Source 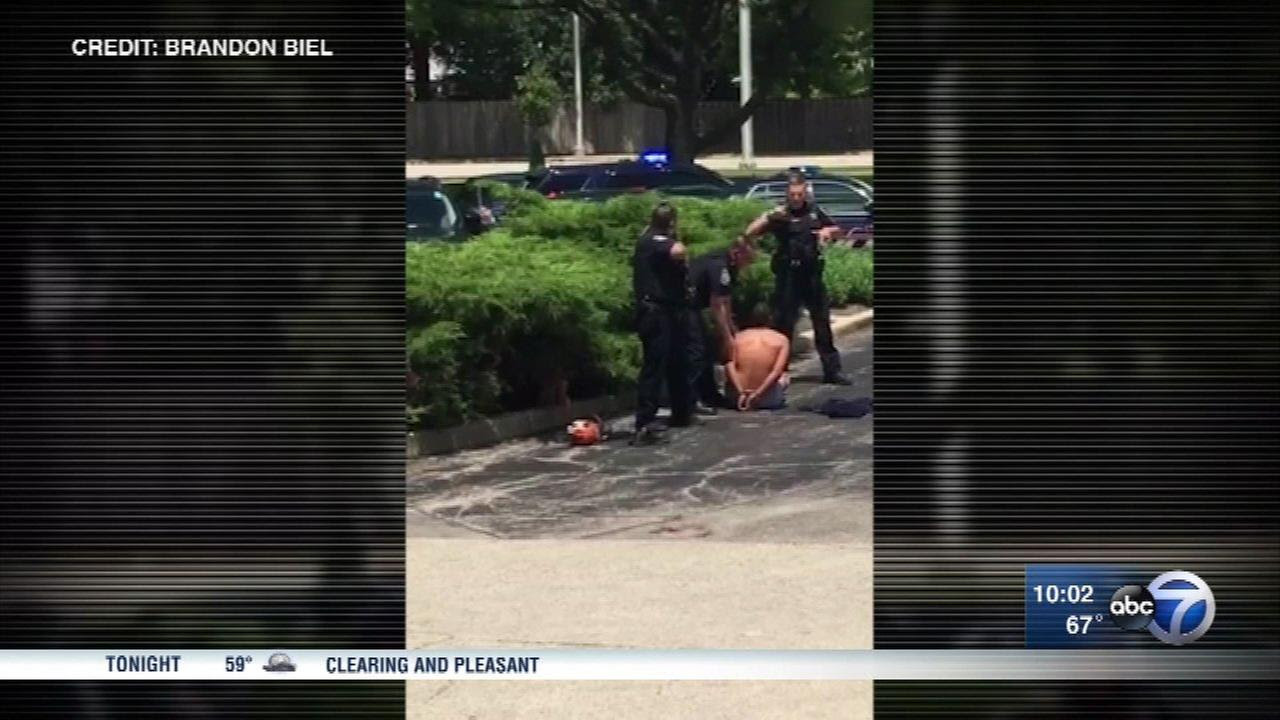