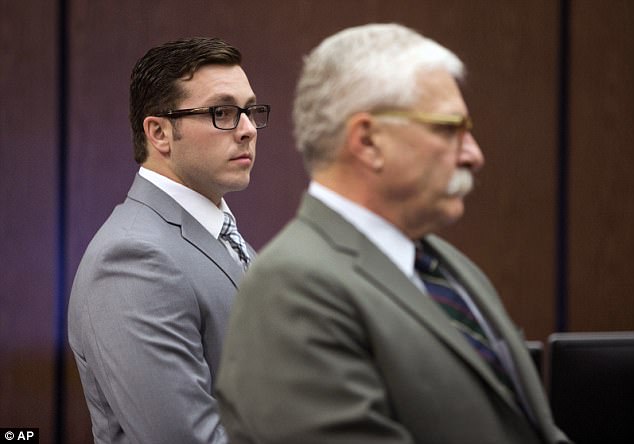 'Please don't kill me': Cop is cleared of murder after shooting dead a sobbing father, 26, as he crawled along a hotel corridor in shocking footage which his family insists shows a 'cold-blooded execution'

A former Arizona police officer was found not guilty of murder Thursday of in the 2016 fatal shooting of an unarmed man outside his hotel room, as video of the shocking moment is finally released by officials. Philip Mitchell Brailsford, 27, was found not guilty in the 2016 death of 26-year-old father-of-two Daniel Shaver, from Granbury, Texas. The shooting, which Shaver's family has referred to as an 'execution,' occurred in the Phoenix suburb of Mesa when officers were responding to a call that someone was pointing a gun out a window at the La Quinta Hotel. Police told Shaver to exit his hotel room, lay face-down in a hallway and refrain from making sudden movements - or he risked being shot. New disturbing footage of the encounter shows the moment Shaver, sobbing and crawling towards the officer, audibly begs 'please don't kill me,' before Brailsford opens fire and shoots him dead. Source


Sodomite Brailsford had inscribe on his AR15 You're Fucked: 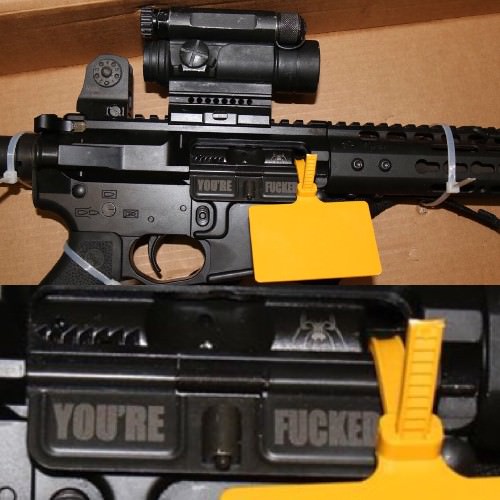