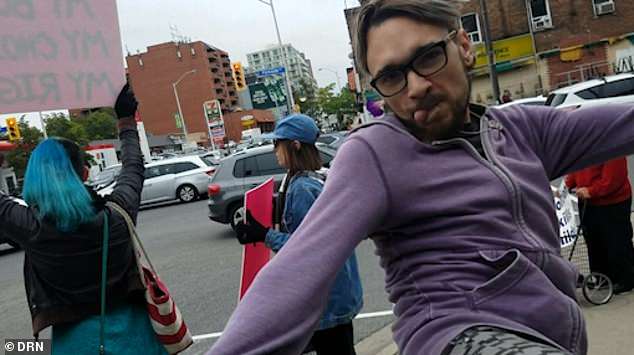 This is the shocking moment a man performs a vicious roundhouse kick on a woman as she takes part in a peaceful protest against abortion. The irate stranger targeted Marie-Claire Bissonnette, 27, after she accused him of vandalising pro-life activists' signs and clothing with permanent marker pens. Jaw-dropping footage shows the seemingly unprovoked assault at the annual Life Chain street demonstration in Toronto, Canada, on Sunday.Miss Bissonnette took out her phone and filmed as the man became increasingly aggressive and challenged her views on abortion rights for rape victims. When she replied 'it's a baby' and abortion was 'killing', the man spun round and kicked her in the shoulder - knocking her phone to the floor. The thug then tried to justify his actions by claiming he had been aiming for her phone and hit her by mistake, before fleeing the scene. Toronto Police Service confirmed it is investigating. No arrests have been made Source