DOOM DOOM DOOM! Pope Benedict On The Verge Of DEATH? 35 + Years Of Chastisements Begin When The TWO POPES DIE! 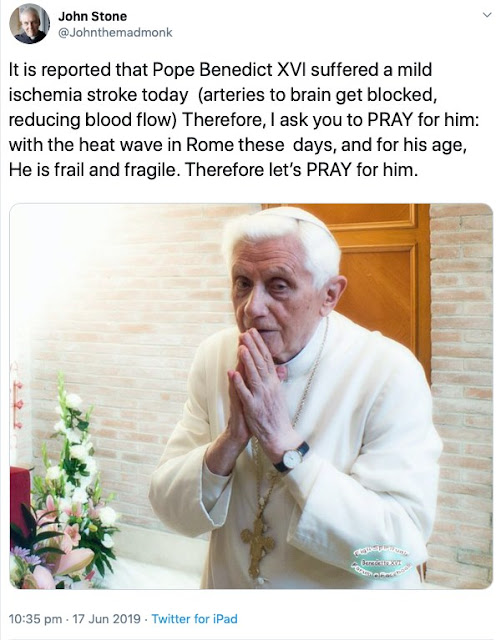 "I didn't see, I don't see any Great Pope or Great Monarch before an extremely great tribulation, horrifying, terrible and general for all Christendom. But before that time, twice there will be a short lived peace; two shaky, servile, doubtful popes" Mélanie

Rome, 18 June 2019 — The Director ad interim of the Press Office of the Holy See, Alessandro Gisotti, has denied rumours Pope emeritus Benedict XVI suffered a stroke.  “The rumours are false,” he told the Catholic Herald in response to queries this morning.  Rumours began to circulate late Monday, that the 92-year-old pope emeritus had suffered a “mild ischemia”.  Source