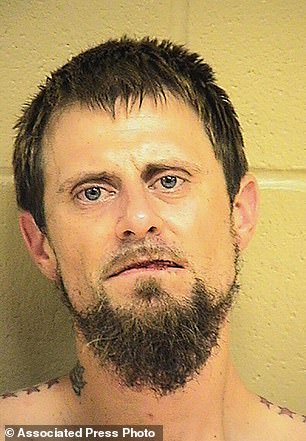 Probably could have told you that things would turn south when he got his first TAT......

Man, 32, is charged with murder after U.S. postal worker and grandfather-of-eight is shot dead while delivering mail in Louisiana

Police in northern Louisiana say a man has been arrested for shooting and killing a postal worker. Shreveport police said Saturday that 32-year-old Michael Gentry is being held in the city jail on one count of second degree murder. Bond was set at $250,000. Authorities say they believe Gentry shot 52-year-old Antonio Williams as he was bringing mail to the home shortly after 11.20am on Saturday. Investigators say there does not appear to have been a dispute between the two men prior to the shooting. Williams was shot in his upper body. He was taken to a nearby hospital but died a short time later at 12.09pm, the Caddo coroner’s office reports. Gentry was arrested at 6.30pm Saturday and booked into Shreveport City Jail at 9.22pm the same day, booking records show.Source