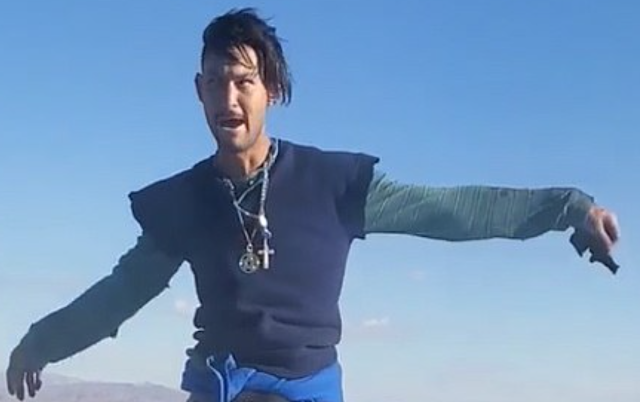 I wonder if he is a follower of St. Thomas Aquinas Versus NASA blog?
Moment man climbs onto the wing of an Alaskan Airlines plane moments before take-off, walks around and then plummets onto the tarmac in Las Vegas
A man in Las Vegas was taken into custody on Saturday after climbing upon the wing of an Alaska Airlines plane set to depart from McCarran International Airport. In video posted on social media, a man can be seen walking on the wing of the airplane on Saturday afternoon around 1:30pm local time. The man, who has not yet been identified, appears to be without his socks and shoes as he tries to climb up the vertical winglet of the Boeing 737 plane. Police officers are seen both on the ground and then on the wing of the plane trying to reach the man, who suddenly slips on the winglet and crashes down hard against the tarmac, where officers quickly close in. Source
at December 13, 2020