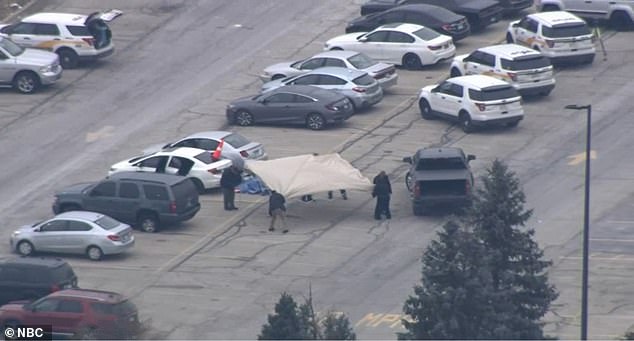 Two people are shot dead in employee parking lot of UPS sorting facility in ChicagoTwo people are dead Monday following a shooting at a UPS facility in Chicago, according to police.
Police responded to reports of shots fired in the employee parking lot of the sorting facility located at 1 UPS Way, in Hodgkins, at around 12:51pm local time. When officers arrived, they found two people laying not the ground unresponsive and immediately secured the scene, a spokesperson for Hodgkins Police Department told DailyMail.com. Paramedics then examined the victims and immediately pronounced them dead. They had both suffered fatal gunshot wounds. Officials said a firearm was recovered from the scene. Source
at January 11, 2021