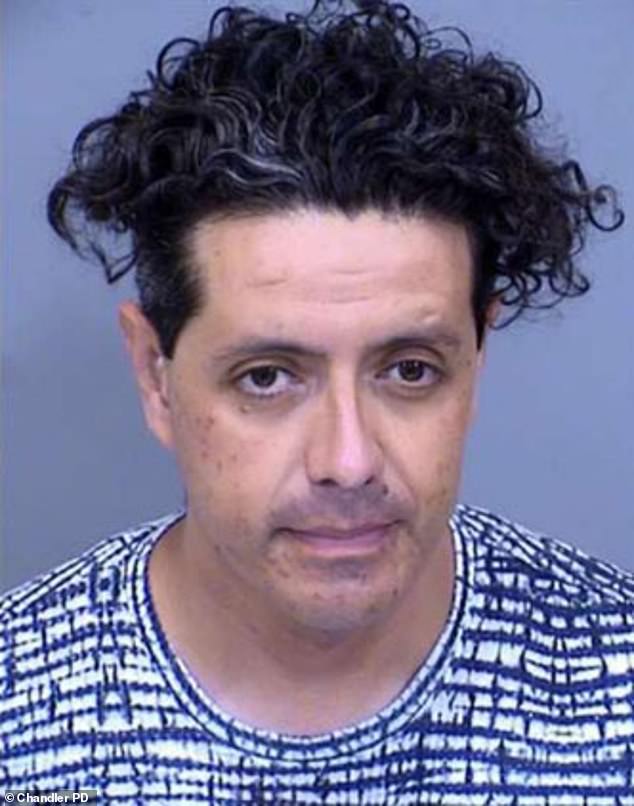 Arizona charter school principal admits having sex with three students, including a 16-year-old who he took out for dinner
The principal of an Arizona charter school has admitted to having sex with a 16-year-old boy - plus two other male victims - saying he wanted to recruit him for his school.  Victor Zamora, 40, was arrested on July 22 and charged with 15 counts of sexual misconduct involving three minors. He admitted to engaging in sexual acts with a 16-year-old boy and two others over two years, court documents say. The 16-year-old was a student at the Legacy Academy in Mesa, Arizona, where Zamora was a teacher and principal. One of the other victims was the sibling of another student at Legacy. According to court documents, during the first incident in April 2019 Zamora took the 16-year-old student out to dinner to try and recruit him to attend his school. After dinner he took the boy to a parking lot and touched his chest, shoulder and legs, the documents say. The victim said Zamora told him to get into the backseat of the car where they engaged in sexual acts. Sgt. Jason McClimans of the Chandler Police Department told the East Valley Tribune: 'Zamora was a teacher and principal at the school and therefore in a position of trust. Zamora was also active as a youth leader in various religious communities in the East Valley.' A month later Zamora drove the victim to his office in Mesa and they engaged in sexual acts again, according to court documents. Source
at August 05, 2021