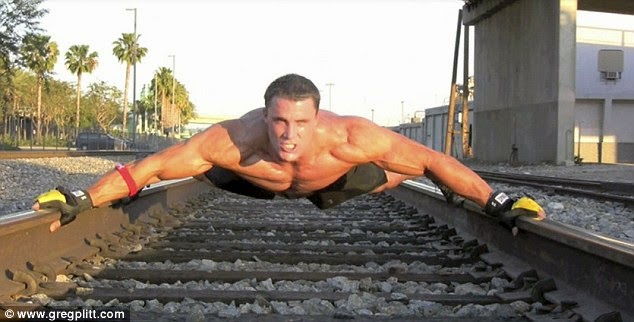 The bodybuilding model who was killed by a train while filming a sports advert video in LA was allegedly trying to outrun it when he was struck. Greg Plitt, among the more recognizable faces and physiques in the fitness industry, was shooting a video for his website with two crew members when the Metrolink commuter train hit him Saturday afternoon in Burbank, authorities and friends said. On Monday law enforcement sources told TMZ that Plitt was attempting to outrun an oncoming train when the accident happened. Daily Mail Read More>>>>>>
at January 20, 2015