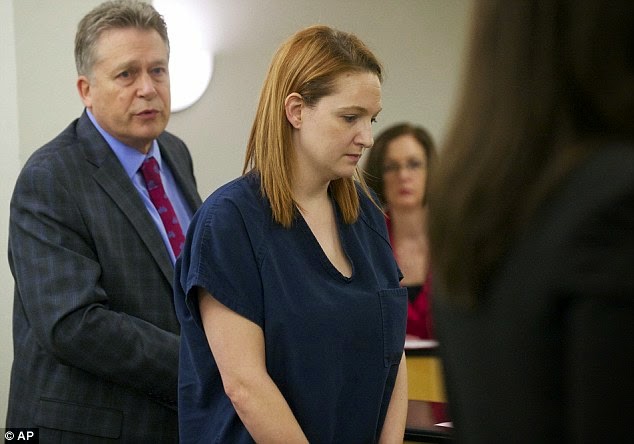 A high school drama teacher who allegedly had sex with a 15-year-old student told the boy that she would kill herself if he revealed their affair to anyone, according to prosecutors. Stephanie McCrea, a 35-year-old married mother-of-one from Vancouver, Washington, was taken into custody on Tuesday after the school learned about the alleged relationship earlier this month. On Wednesday, she appeared in Clark County Superior Court to be arraigned on charges of third-degree child rape, witness tampering and sexual misconduct with a minor. The boy told authorities that he met McCrea four or five times each week in her office, where they would kiss before school and after drama rehearsals, according to court documents shared by The Oregonian. Daily Mail Read More>>>>>>>