Tattooed Freaks Tweeking On Meth Amber Campbell & John Arwood Lock Themselves In Closet For Three Days & Call 911 Only To Have Police Open The UNLOCKED Closet Door! 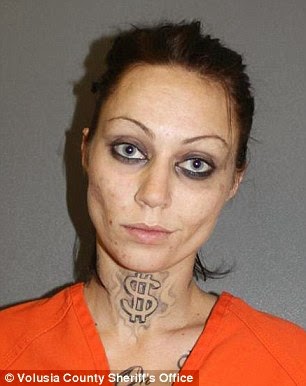 A Florida couple who were high on drugs spent two days believing they were trapped in a janitors closet and eventually called 911 for help, only to be told by police they could have just opened the door themselves. Amber Campbell, 25, and John Arwood, 31, were freed - and then arrested. The strange incident occurred at the Marine and Environmental Science Center at Daytona State College on Tuesday. Inside the closet, police said they found feces and copper scouring pads used to smoke meth and crack cocaine, according toThe Orlando Sentinel. Police said they smelled meth in the closet. Campbell and Arwood claim to have been chased into the closet on Sunday. It is not known what they were doing at the facility. The campus was closed for the holidays. It is also not clear why the pair waited until Tuesday to seek help. Daily Mail Read More>>> 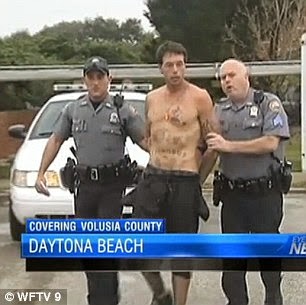