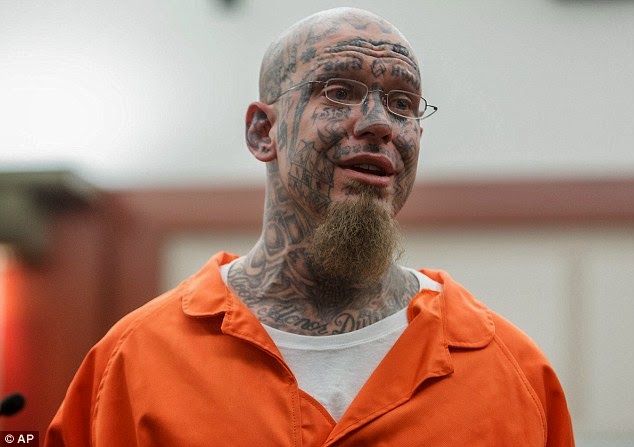 A white supremacist cop killer with a tattooed-covered face has lost his right to an attorney because he has repeatedly threatened them and called them 'clowns', according to court documents. Curtis Allgier also told his legal representatives preparing his appeal that they did not have the honor of being in his 'Aryan GOD presence' and claimed that he 'knows to find people outside of prison'. The 35-year-old was an inmate at Utah State Prison when he murdered prison guard Stephen Anderson after escaping from shackles during a doctors appointment in 2007. The 60-year-old corrections officer was escorting the prisoner into an MRI at a a University of Utah medical clinic when Allgier got hold of his gun and shot him. He then fled on foot and stole a vehicle before leading police on a highway chase at speeds exceeding 100 mph, but he was caught in a fast food store 45 minutes later. Daily Mail Read More>>>>
at January 24, 2015