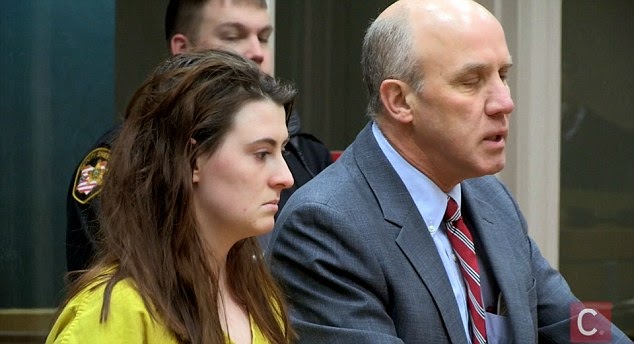 A Cincinnati teacher's aide has been accused of having sex with her student after police say they found her in a car with a 17-year-old boy whose belt was unbuckled along with two condoms. Hannah Heekin, 23, was charged with two counts of felony sexual battery on Wednesday. Police say they discovered the pair at in Ludlow Grove Park in the dark at 6:27 on Tuesday morning. The male student, 17, told police he had sex with Heekin twice. He claims they had sex in a classroom at Roger Bacon High School where Heekin was employed as a home economics teacher. The boy says they also had intercourse in Springfield Township Park. Court documents say that Heekin admitted to both sexual acts. Heekin was ordered to stay away from the student Daily Mail Read More>>>>>