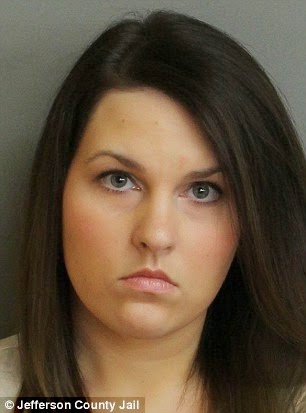 A 27-year-old married teacher has been arrested for allegedly engaging in a sex act with a 17-year-old student after she told the school there were 'false' rumors going around that they'd had a relationship. The school contacted authorities and Jennifer Marie Perry, from Odenville, Alabama, surrendered to the Jefferson County Jail on Monday and has been charged with sexual contact with a student under 19. Perry, who was in her first year of teaching at Pinson Valley High School, is accused of meeting the student at a parking lot a few miles from the campus on February 8 and engaging in a consensual sex act inside a car. She did not teach the boy but attends church with him and his family, said Sergeant Jack Self of the Jefferson County Sheriff's Office. She is believed to have known him before working for the school, he added. Daily Mail Read More>>>>>>
at March 20, 2015