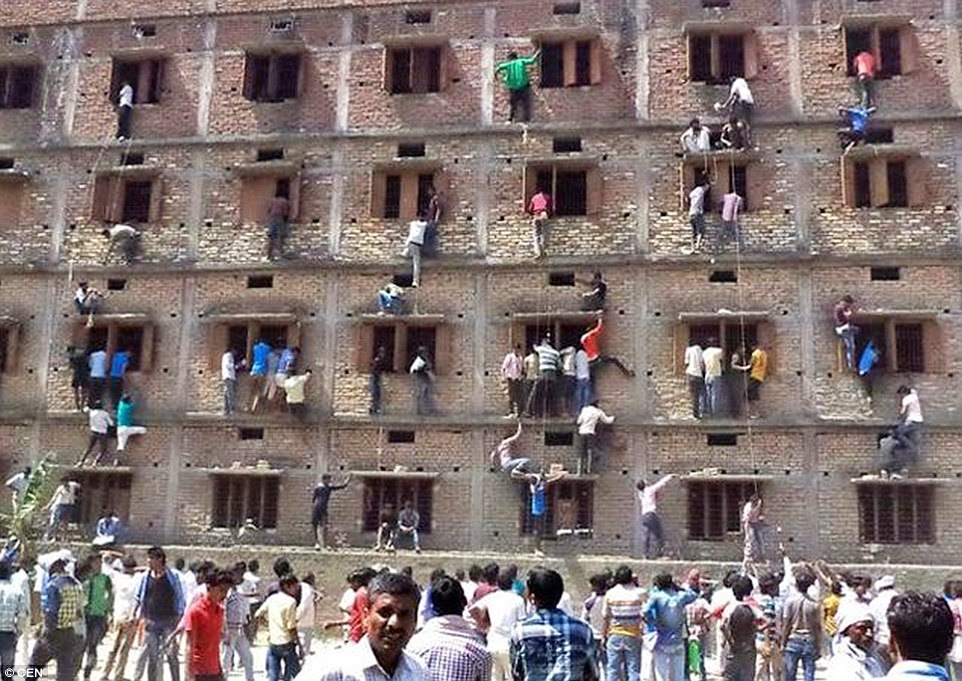 Authorities in eastern India have been left embarrassed after images of people scaling the walls of a school exam centre to pass notes to relatives were broadcast on national television. The images show dozens of people clinging to the windows of the four-storey building in the eastern state of Bihar, where more than 1.4million teenagers are sitting their leaving exams. Other images showed police officers and school staff doing nothing and simply standing by as people passed study aides to candidates inside examination centres. Daily Mail Read More>>>>