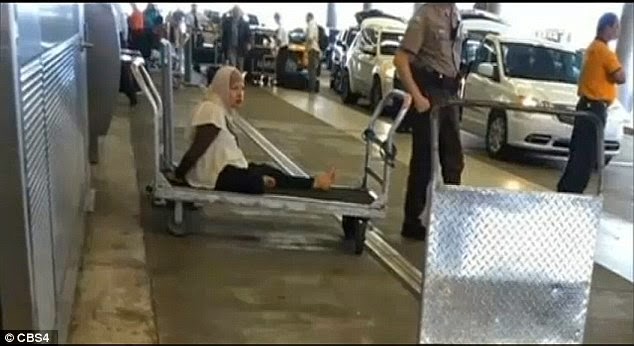 A woman was arrested at gunpoint Thursday at Miami International Airport after screaming at police officers that she had a bomb. Julissa Magdalena Maradiaga-Iscoa, 33, from Honduras, attempted to drive her car through the airport's entrance, but instead crashed into a patrol car. She then began screaming at officers in what they believe was Arabic and saying that she had a bomb. Daily Mail Read More>>>>>>