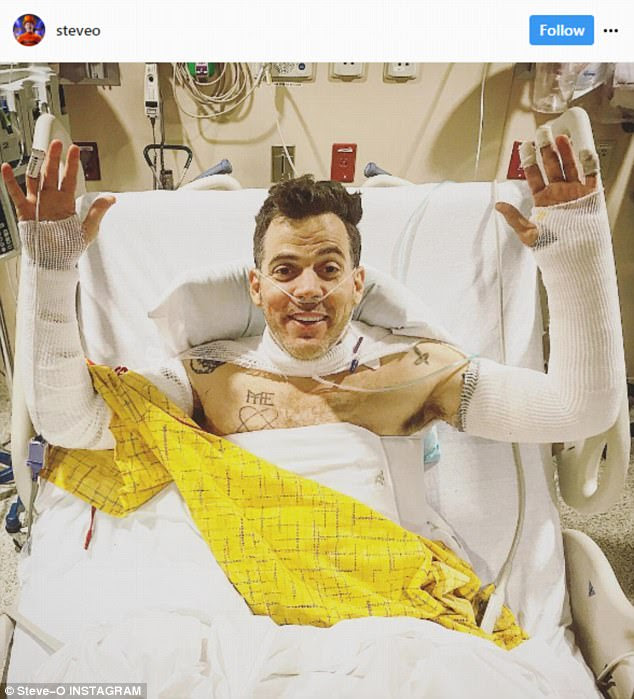 'My burns needed surgery!': Jackass vet Steve-O is in hospital after major wounds from rocket engine fuel stunt are worse than predicted

Steve-O was in the hospital for surgery on Sunday. The 42-year-old Jackass star had suffered major burns after pouring rocket fuel on his body for a stunt in his new comedy special on Wednesday. Initially, he seemed to recover on his own accord, but after visiting doctors for numbing cream, it was deduced that he needed surgery.Steve-O posted a snap of himself with both arms in casts as he wrote: 'The pain only increased for the five days since I got burned, so I went to the hospital asking for a numbing burn cream. 'When they saw my burns they said I needed surgery, so that just happened.' Daily Mail >>>>>>