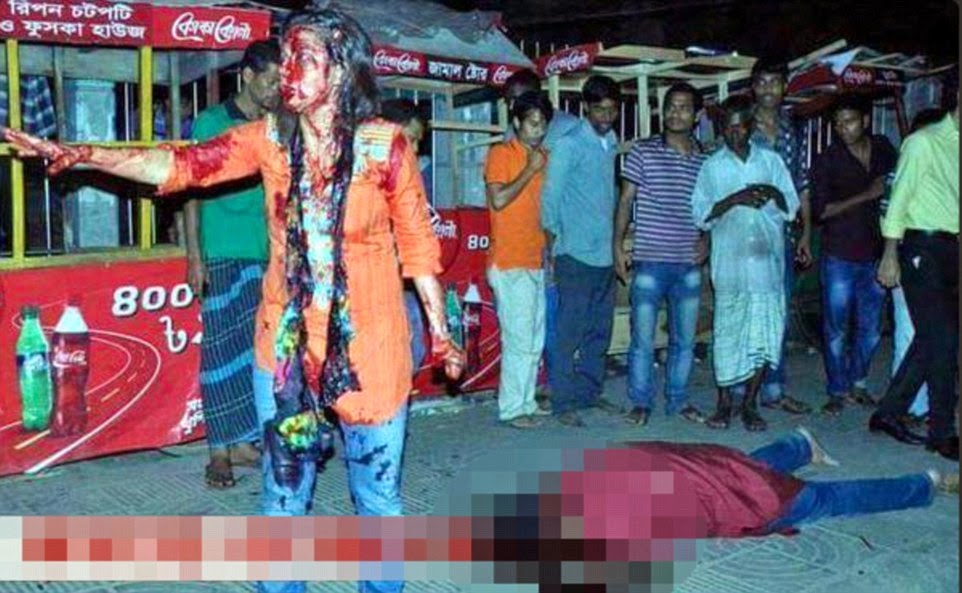 The Bangladeshi-American blogger who was hacked to death by machete-wielding Muslim extremists on his way back from a book fair had taken another stand against violent religious extremism days before his death. Dr Avijit Roy, a scientist from Atlanta, Georgia, and a prominent atheist thinker in Bangladesh, was killed on a university campus in Dhaka on Thursday night - apparently in retaliation for criticizing religion. But Roy, 42, who was repeatedly threatened with death over his writings, had prepared a final salvo against the forces that took his life. It was due to be published in April, but was released early in the wake of his murder. Writing in the pages of the New York-based Center for Inquiry, Roy said: 'For me, religious extremism is like a highly contagious virus', comparing extremists like the Charlie Hebdo attackers, who endanger their own lives for religious principle, to animals being ruled by a disease. Daily Mail Read More>>>>>