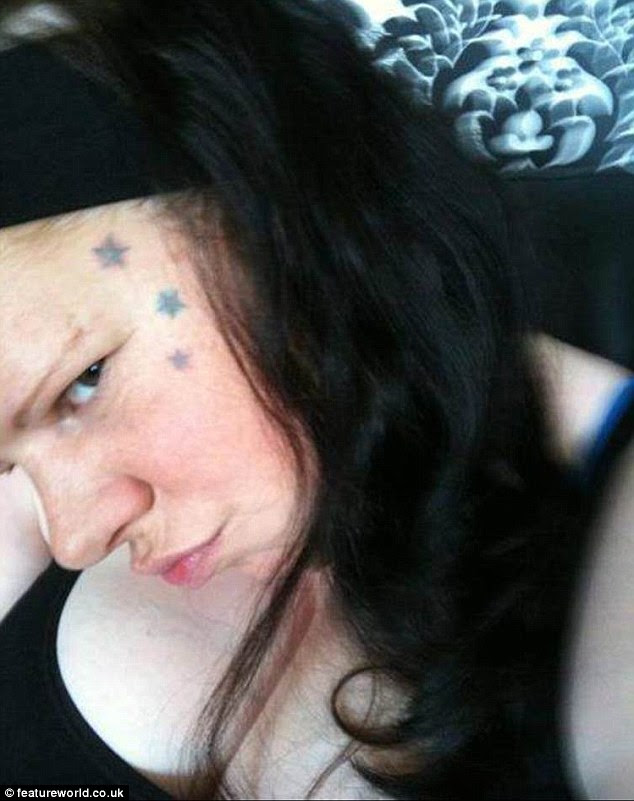 STAR FACE CAN'T GET A JOB!!

A woman who had stars tattooed on her face says she has no choice other than to claim benefits worth £14,000-a-year because no one will employ her. Kay Bennett, 33, from Swindon, says the tattoos, which were done when she was 24, have turned her into a jobless recluse. 'Until they are removed, I won’t be able to find a job and will be stuck on benefits,' says Miss Bennett, who resigned from her last role because she felt 'left out' by colleagues, and is now hoping someone will step forward and offer to pay for her to have laser removal. Read More>>>>>>