Please Please Don't Judge Him: Underwear Model Vin Los Has Hundreds Of Random Words Tattooed All Over His Face And Body! 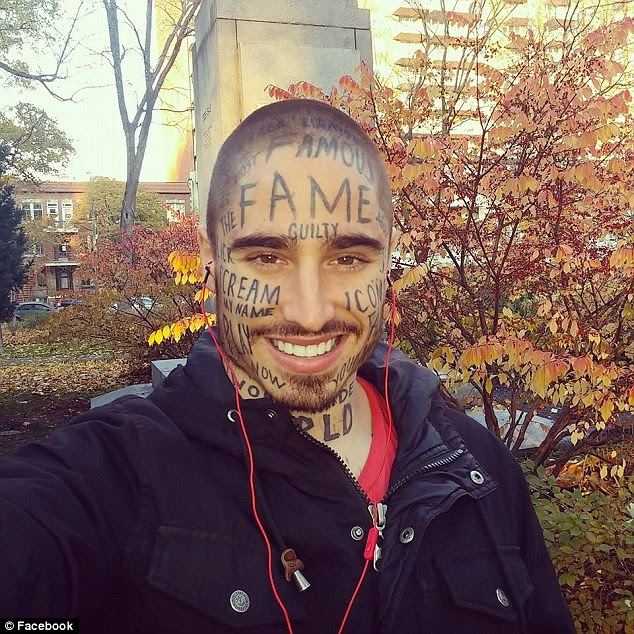 Most people might believe that being covered in face tattoos would make it impossible to land a job; but for one inked-up Canadian man the decision to cover his head, neck and arms in crude body art has actually earned him a lucrative career as a model. Vin Los, 24, gained notoriety last year for his tattoo-covered visage and his dreams of becoming the most famous man in the world; despite facing heavy criticism about his unique ink, Vin insisted that the Sharpie-like tattoos on his face, neck, chest, and arms 'embody pop culture', create 'a myth, a mystery' and would one day help him to achieve his goal of global fame. And while many may have doubted his chances of succeeding, it seems his unique look has actually started to pay off, as the Montreal-based model has landed a campaign for underwear brand Garçon Model. Daily Mail Read More>>>>>